I have been writing about the claim of Hillary Clinton and others that the transportation of migrants to places like Martha’s Vineyard is “literally human trafficking” and other crimes. Despite the utter lack of legal basis for these allegations, major media has continued to air such claims. 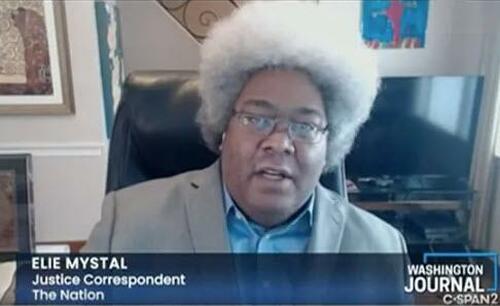 “What I believe is happening here is kidnapping…kidnapping is a thing. Kidnapping by trick is a thing. Telling people that you are going to take them one place and sending them someplace else is a form of kidnapping.”

Indeed, kidnapping “is a thing,” just not this thing.

As noted in a column this weekend, this claim was also made by Gov. Gavin Newsom.

It is legally absurd.

Kidnapping requires that the culprit “unlawfully seizes, confines, inveigles, decoys, kidnaps, abducts, or carries away and holds for ransom or reward or otherwise any person.” There is nothing unlawful in conveying individuals who are lawfully in the country pending their immigration hearings; the trips are voluntary, and most migrants appear eager to accept free passage to cities like New York or Chicago.

“Imagine Ron DeSantis goes up to a group of white teenagers, offers them some candy and says, ‘Hey, I’m gonna take you to Disney World if you get in my van.’ And then Ron DeSantis drives them to Bush Gardens.”

Such analogies are insulting to adults who elect to accept free transport to cities like Chicago or New York. These are vulnerable individuals but these trips are only being offered to adults to decide if they want to take advantage of the free transportation.

It is reminiscent of the recently deleted tweet by NBC analogizing migrants to “trash.” The trash analogy seems far worse but the suggestion that these migrants are like minors or teens being lured by candy is pretty insulting. These are adults who are clearly in desperate situations but they are not like children or teenagers unable to decide whether to remain near the border or accept a flight to another city.  Would Mystal make the same claim of being “lured” to the country to cross illegally? While there have been alleged misrepresentations, those allegations have not been proven and there has not been evidence of any systemic misrepresentations. Thus far, these transfers appear consensual, including signed or express acceptance of the free transportation. There are rationale reasons why migrants would prefer to go to cities like New York rather than remain along the border given the huge influx of migrations.

Mystal has previously caused uproars for controversial claims from accusing a senator of wanting to murder Justice Ketanji Brown Jackson to his continued attacks on a high school student even after he was cleared of a false race-based story. He has called the Constitution “trash” and previously stated that white, non-college-educated voters supported Republicans because they care about “using their guns on Black people and getting away with it.” He has also lashed out at “white society” and explained how he strived to maintain a “whiteness free” life in the pandemic. He also called all Republicans “white supremacists.”

However, it is the misrepresentation of the criminal law that is most concerning.  There are good-faith reasons to oppose these trips as a political stunt. That does not make them federal crimes.  The effort to bend and twist the criminal code for such political purposes is a dangerous trend. You can denounce these transfers without trying to criminalize such policies.