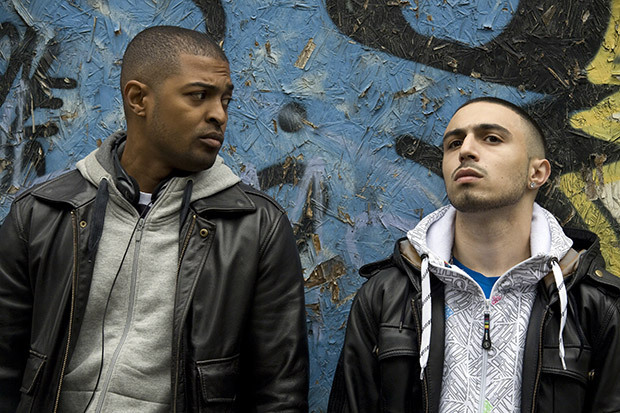 ADAM Deacon today accused Noel Clarke of “gas-lighting” him so badly he had a mental breakdown as he slammed the “sociopathic” actor.

Deacon also said he believes “every single word” of the 27 women who have accused Clarke of sex harassment and bullying.

The star said: “I would like to start by saying I stand by all the women who have spoken out and told of their harrowing experiences with Noel Clarke.

“I wholeheartedly believe every single word and I hope that anyone who is yet to come forward with information will be listened to.

“I myself have been a victim of Noel Clarke for 15 years. My career was continually sabotaged and the gas lighting became so severe that it led to the complete breakdown of my mental health.

“As you will know, I have spoken out regarding this man’s sociopathic behaviour on multiple occasions but my claims were always dismissed. People dealing with mental health may at times explain things differently but they should still be believed.”

Deacon explained he wished “everyone had taken more notice of my words” to stop his “abuse of power before it affected so many others”.

He added: “I am extremely grateful for all the support that I have been shown over the last few days. While recent events have served as a small vindication for me I am beyond saddened by the pain that so many people have had to endure at the hands of Noel Clarke.

“I am now looking towards a fresh start and focusing all my time and energy on my acting career.”

The pals fell out over Clarke’s claims Deacon had “infringed on the copyright of his movies” by calling his new film Anuvahood.

Deacon was then convicted in 2015 of sending Clarke, 45, abusive messages online and slapped with a restraining order.

Clarke has been accused of a range of acts – including sharing sexually explicit pictures and videos without consent.

The sex allegations, which have been fiercely denied by the married director, relate to a period between 2004 and 2019.

They have caused his glittering career to crumble around him – with two broadcasters already cancelling his shows.

Bafta also stripped his award for Outstanding British Contribution to Cinema, which he only received on April 10.

The Met Police said today a third party report was made on April 21 “relating to allegations of sexual offences committed by a male over a period of time”.

They confirmed no investigation has been launched but say officers are “currently assessing the information”.

A statement added: “We would urge anyone who believes they have been subjected to a sexual offence to report this to police so the information can be assessed and investigated accordingly.

“There are specially trained officers ready to provide advice and support.”

A number of Clarke’s co-stars have now spoken out against the actor and director in support of his alleged victims.

Jaime Winstone, who featured in 2006’s Kidulthood, shared imagery for Time’s Up, the movement founded amid the Harvey Weinstein scandal which supports victims of sexual harassment.

The actress, 35, wrote alongside: “When you’re late to the party but you’ve been on the list for 15 years.”

While Viewpoint actress Alexandra Roach said she “sees, hears and believes” victims of sexual crimes, adding that she does not want to work with “sexual predators”.

As the allegations continued to mount against the Kidulthood star, he released a second statement to say he is “deeply sorry”.


Three men try to abduct schoolboy, 11, after chasing him into London park

But he vehemently denied any sexual misconduct or criminal wrongdoing.

He said: “Recent reports however have made it clear to me that some of my actions have affected people in ways I did not intend or realise.

“To those individuals, I am deeply sorry. I will be seeking professional help to educate myself and change for the better.”

View all posts by Holly Christodoulou →