Even her cake was Hello Kitty themed.

As her friends gathered around her to sing Happy Birthday, North decided to show off.

The nine-year-old belted out the classic tune, while shaking her long hair braids like a pop star. 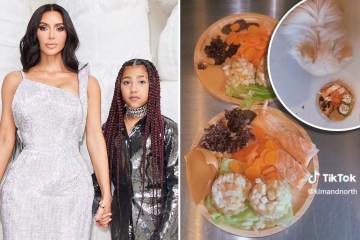 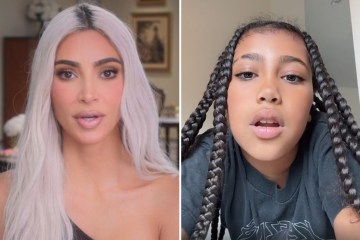 It was a welcomed sight, after fans worried North displayed a sudden change in her behavior on TikTok.

The Kardashians star and Kanye West‘s eldest child has been known for her wild videos in recent months on the social media platform.

But to the surprise of fans, North suddenly stopped posting last week.

Several took to Reddit to discuss the reason behind her noticeable absence.

“North (and Kim) have gone quiet on TikTok. She usually posts like 5 a day- why the sudden silence?” one asked alongside a screenshot of Kim and her daughter’s shared profile.

“Maybe Kim got called out for baiting a Kanye reaction, while also crying about their f**ked up family situation in interviews,” another suggested.

“For the love of God! Please get north (and all minor children) off of social media!!!” a third encouraged.

A fourth remarked: “I’m going to go ahead and take this as a win… I’m sorry but they are so annoying to watch and cringe ‘they’ as in the videos not North, she’s perfect but Kim is so annoying and fake.”

“Maybe she became a mother who puts the needs of her children over herself and her desire to remain famous,” a fifth guessed sarcastically.

“Maybe everyone including Kim realized how unhinged and weird the content being posted was and decided to take a break to regroup,” a final claimed.

All that speculation was incorrect, and North has finally resurfaced, appearing in her mom’s Instagram story after disappearing from TikTok.

Kim posted a video of them together on a ski slope chair lift with a filter that gave them both horns and freckles.

North gave the camera an adorable smile while Kim pouted her lips. 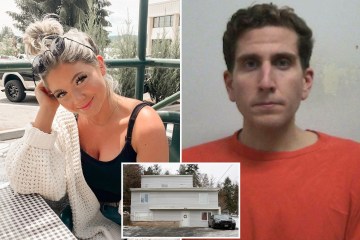 The dynamic duo wore contrasting but complimenting colors. Kim wore an all-black ski suit while North’s was white and chrome.

Playing in the background, there was a strange audio of a man saying “my kids are smarter than this.”