KOURTNEY Kardashian has shared a major update about her IVF journey amid rumblings of a possible pregnancy.

The reality star revealed that she was undergoing fertility treatments nearly a year ago in an effort to conceive a child with her husband Travis Barker.

She revealed that she was back in the gym after taking some time off due to energy struggles, which she pinned on her IVF treatments.

The star revealed to her followers that she had stopped the process several months ago, writing: “Finally started getting my energy back 10 months after stopping IVF, for anyone else going through it, it gets better!”

She added a series of smiling emojis, as well as a stamp revealing the time of her workout. 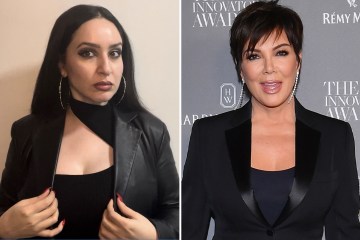 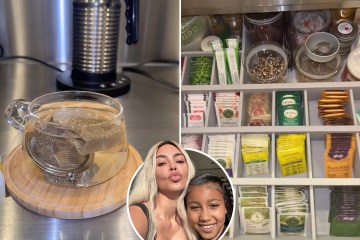 She spoke candidly about it when she started treatments, sharing the news in season one of The Kardashians and bringing viewers along for the journey.

In March, she shared a heartbreaking update about her fertility hopes.

In a confessional interview on the Hulu series, she revealed, “Travis and I want to have a baby, and so my doctor took us down this road of doing IVF,” adding, “Like, it hasn’t been the most amazing experience.”

“It’s so rude to comment on people when you have no idea what they’re actually going through. The medication they’re giving me, they put me into menopause. … Literally into menopause.”

“Based off of what, a drug?” Kris asked, to which Kourtney replied, “Yes.”

Despite her reveal, fans continued to speculate that the star was pregnant time and time again.

Most recently, she left fans thinking she’d announced a pregnancy back in November.

The Lemme founder shared a sweet photo with her husband Travis, 46, that left fans convinced a baby was on the way.

In the photo, the mogul wore a light purple slip with lace trim in the photo, while her rocker husband went shirtless in black jeans.

The Blink-182 drummer had his eyes closed as he rested his head on the Poosh founder’s stomach.

Kourtney placed her hands on Travis’ head and gazed serenely at the camera.

Fans speculated that the couple was hinting that they were expecting a child.

One wrote, “I thought this was a pregnancy announcement,” while another added in a since-deleted comment: “Yes it really looks like it!”

Meanwhile, Kourtney’s parenting has been called into question.

The reality star previously revealed that she has a strict policy concerning junk food and diets for her children and has banned her son Mason from eating french fries.

The KUWTK alum recalled a time when her eldest child wanted fries from McDonald’s, but she refused.

Following the backlash, Kourtney explained on Instagram: “We love and eat lots of French fries, but we do try to avoid fast-food French fries!”

Kourtney then proceeded to list the ingredients in French fries, which include “potatoes, vegetable oil, hydrogenated soybean oil, and natural beef flavor.”

She has shared other strict policies that have given fans pause as well.

For the most part, she ignores critics and carries on as she pleases.