Typically it is Saudi Arabia that makes headlines for its yearly mass executions. For example in March of this year the kingdom executed 81 men in a single day, which is a record in the modern political history of the country.

But another close regional US ally now grabbing headlines for the practice of mass execution is Kuwait. This week it put seven people to death, including women, state-run KUNA news agency confirmed Wednesday.

“The inmates who were hanged on Wednesday were four Kuwaitis, a Pakistani, a Syrian and an Ethiopian. Two of the seven were women,” Al Jazeera reported.

The last such execution in Kuwait was in 2017, when seven people were hanged on the same day. State media indicated the executions this week were for premeditated murder and other unnamed charges, and were carried out at a central prison.

The European Union, as well as international rights monitors such as Amnesty International had attempted to intervene, urging a halt to the executions, but to no avail.

“The EU calls for a halt to executions and for a complete de facto moratorium on carrying out death penalty, as a first step towards a formal and full abolition of the death penalty in Kuwait,” the EU said in a statement. It condemned the death penalty as a “a cruel and inhumane punishment.” 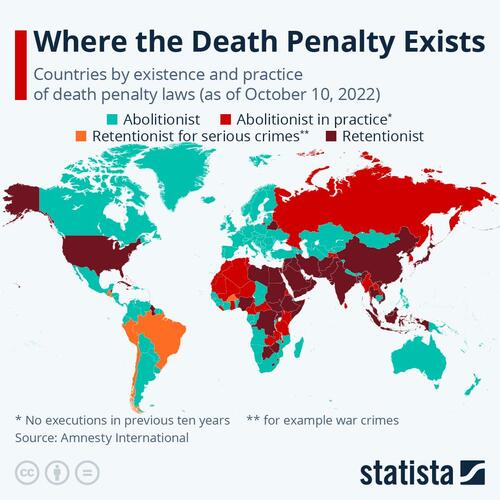 The EU indicated that Kuwait’s ambassador to Brussels will be summoned over the matter. Historically, Kuwait and other regional governments have conducted executions on convictions of drug trafficking as well.