The Good Morning Football host was in confident mood after the Giants beat Carolina Panthers on Sunday.

New York followed up their win over Tennessee Titans to go to 2-0 this season.

Giants fans are starting to believe their team have turned the corner after some lean years.

And Brandt went to one of his signature plays on the show to highlight the possibilities.

The host has become known for checking team’s schedules and looking ahead. 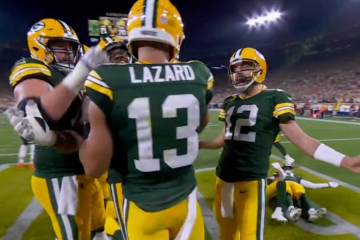 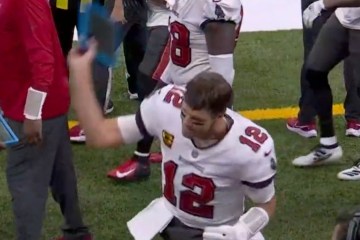 And he brought out the New York Giants’ schedule on Monday’s show.

Brandt explained: “They’re 2-0. It’s ugly, yet it’s fun. You don’t get ugly and fun together often.

“The next game they’re playing is the Cowboys on Monday Night Football.

“This is Daniel Jones vs Cooper Rush. This is the the game.

“This is the biggest game of Daniel Jones’ career by far.”

He said: “They didn’t win pretty again. If you’re a Giants fan, that’s kind of been their mantra forever.

“Giants fans are feeling pretty good because they’re 2-0 and finding ways to win which aren’t that aesthetically pleasing – which is Giants football.”