Authored by Chris Karr via The Epoch Times,

The city of Los Angeles saw a sharp 36 percent increase in homicides in 2020—but the L.A. County sheriff said this year is looking even more grim, and he’s blaming the widespread uptick in crime on District Attorney George Gascón.

“In 2021, that 36 percent has now become 92 percent, which is a huge statistical jump,” Sheriff Alex Villanueva told The Epoch Times.

“We’re seeing increases in all the categories – assault with a deadly weapon, arson, rape…  these things are continuing upward unabated.”

The widespread uptick in crime is the direct result of Gascón’s election as DA of L.A. County and his failure to prosecute offenses, according to Villanueva. Since Gascón took office, 2,690 cases—about 30 percent—“that normally would have gone through were rejected,” he said. 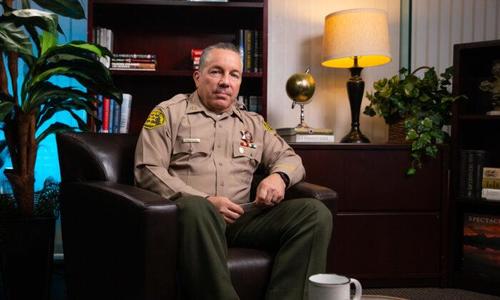 While Gascón has defended his reform policies, criminals in prison are toasting the DA to celebrate their early release, according to officials—and the sheriff said the DA’s policies are making it more difficult for him to do his job.

“You’re supposed to have a district attorney who represents the people …  but [he’s] acting like a public defender,” Villanueva said.

Gascón’s attempt to “reimagine public safety” with a series of new policies, or directives, has been widely criticized by deputy district attorneys, lawyers, current and former officials, and families of victims. Now, the DA is facing a recall.

“Had he campaigned on what he did once he took office and established those special directives … he’d have lost in a landslide. This is a classic example of bait-and-switch,” said Villanueva. 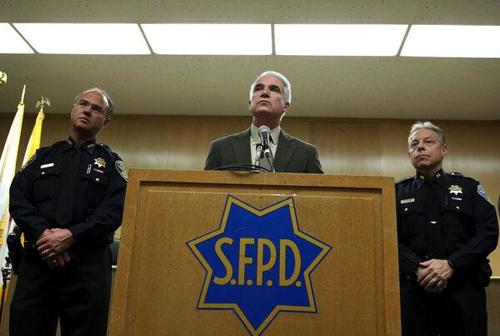 In his view, those directives—which include eliminating the death penalty, abolishing sentencing enhancements like the Three Strikes law, and refusing to prosecute older juvenile offenders as adults for violent crimes—are having a major impact on public safety.

“It’s not going to impact the Gascóns of the world and their supporters, their campaign contributors … the people that live behind their mansions where they have their private security—no, no, no,” Villanueva said. “Those poorest neighborhoods [with] the highest crime rate, they’re gonna see [the impact] immediately. In fact, they already are.” 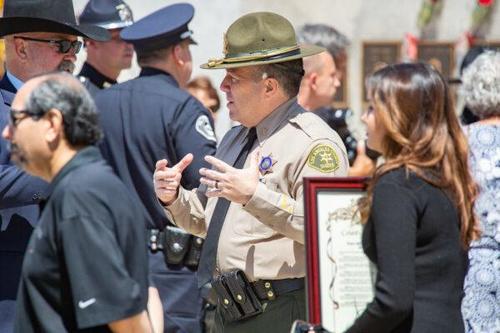 ‘That’s How Bad the Situation Currently Is’

Gascón maintains that his policies have produced the results he intended.

“I have instituted a series of reforms based on data and science that will enhance safety while reducing racial disparities and the misuse of incarceration. Our efforts to transform a dated approach that creates more crimes, victims and inequities are just beginning,” he wrote in a March 17 press release that reflected upon his first 100 days in office.

“We are doing all of this because the science and data tell us so. We can truly enhance public safety, increase equity, expand victim services and strengthen police accountability.”

“He believes, bizarrely, that somehow by letting people out, it’s going to improve or lower recidivism, [and] that keeping people locked up longer increases recidivism. And I’d say he has no facts to support that at all. No science is going to back that,” Villanueva said.

“They’re claiming that victims of violent crime want to see more rehabilitation and less consequences in terms of incarceration, and that’s news to me. … Every single victim of violent crime—parents of murdered kids, for example—that’s not what they’re saying at all.”

In his press release, Gascón cited a survey conducted by Californians for Safety and Justice that reported “strong majorities of Californian crime survivors support changes to the justice system that would increase rehabilitation and reduce mandated sentences.”

But Villanueva said this approach overlooks the “noble fallacy that somehow everyone is redeemable.”

“There are people that are not,” he added.

Furthermore, the elimination of strict legal repercussions is sending the wrong message to perpetrators, Villanueva said.

“Mr. Gascón is telling the criminal community it’s OK to commit violent crime because you will not face the same consequences in the past,” he said. “Right now, they’re toasting Gascón in the state prison for a reason.”

The L.A. sheriff pointed to a video of Phillip Dorsett, an inmate at New Folsom State Prison sentenced to 40 years to life for murdering a rival gang member in 2005.

Greg Totten, CEO of the California District Attorneys Association, which made the video public in March, said the footage offers “compelling proof that violent criminals, not victims, will be the beneficiaries of [Gascón’s] radical policies.”

Added Villanueva, “Imagine we’re flooded with a bunch of newly released inmates from the state prison system—who are still in the prime of their crime-prone years—and they come back to L.A. That’s how bad the situation currently is.”

If the families of violent-crime victims have their say, Gascón will face a recall in 2022.

“He clearly is not here for the victims. He’s here for the suspects,” Tania Owen, co-chair of the recall campaign, told The Epoch Times.

For Owen, a 32-year veteran of the L.A. County Sheriff’s Department, the consequences of Gascón’s reforms hit close to home. Her husband, Sgt. Steve Owen, was murdered in the line of duty in Lancaster on Oct. 5, 2016. The man who shot him, Trenton Trevon Lovell, originally faced life in prison without parole, or the death penalty.

Gascón’s reforms would have taken those options off the table, allowing Lovell to serve 20 to 25 years before being released. Last month, however, Lovell surprised Owen by pleading guilty to all charges, including the sentencing enhancements.

“It’s interesting to me because he could have very easily fought this and gone to court and likely received less time,” Owen said.

“But he took the maximum, which effectively means he is going to die in prison. At least he, the murderer, had more empathy for my family than the district attorney, who should be the one protecting us.”

While Owen has seen justice in her case, her fight for the families of other victims continues. That’s why she’s helping spearhead the effort to Recall George Gascón, alongside Villanueva, former L.A. DA Steve Cooley, former L.A. County Supervisor Mike Antonovich, and 14 cities that have issued no-confidence resolutions against Gascón.

“He is not following the law, and we want accountability,” Owen said.

“Crime in Los Angeles has skyrocketed in the very short amount of time that he has been here. There has been more aggression towards law enforcement because criminals know that they’re going to have it easy.”

In response, Gascón has defended his policies. In a tweet, he called opposition to them “backlash against reform fueled by conservative media, law enforcement unions & other ‘tough-on-crime’ types.’”

“From fear mongering to scare tactics, we are watching history repeat itself. But this time, reform will prevail,” he stated.

But Villanueva indicated the movement against Gascón is growing.

“If [the recall] doesn’t go through, you’re going to have a lot more angry residents building up, day in and day out,” he said, adding that he expects to see more cities issuing no-confidence resolutions in the near future.

Recall campaign organizers have until Oct. 27 to collect 580,000 qualified signatures—about 10 percent of L.A. County’s voters. They’re aiming to gather over 800,000, in case some are invalidated.

Gascón received $2 million in campaign funding from billionaire George Soros, who is known for bankrolling leftist politicians and organizations.

Gascón’s Office did not reply to questions submitted by The Epoch Times prior to publication.