Russian Foreign Minister Sergei Lavrov said today that if a third World War were to take place, it would be “nuclear” and “destructive.” 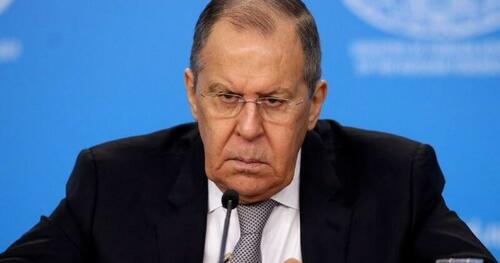 Lavrov made the comments after an escalation in tensions following Russia’s invasion of Ukraine that led to Moscow putting its nuclear forces on high alert.

The Foreign Minister said that Russia would face “real danger” if Kiev were allowed to obtain nuclear weapons.

“This would guarantee destruction of the USA, and all other NATO countries,” he added.

Some voices have been lobbying NATO powers to impose a no fly zone over Ukraine, a move that would inevitably lead to Russian planes being shot down and risk the onset of World War III.

Undeterred by such a risk, journalist Daria Kaleniuk confronted British Prime Minister Boris Johnson on the issue before bursting out into tears.

“My family members, my team members, are saying we are crying, we don’t know where to run. This is what is happening, Prime Minister,” said an emotional Kaleniuk after demanding a no fly zone.

It subsequently emerged that Kaleniuk was actually an activist who was part of the Global Young Leaders program and had previously featured in a Joe Biden campaign video.