Lawyers including former U.S. Securities and Exchange Commissioner Robert Jackson filed lawsuits against two other blank-check companies last week, including GO Acquisition Corp. and E.Merge Technology Acquisition. The lawsuits are similar to the one against Ackman’s SPAC in that they accuse the entities of “operating illegally by not registering as investment companies,” Reuters reported this week.

We had previously noted that the suit against Ackman’s SPAC could wind up setting a precedent against other SPAC vehicles. Now, sources are telling Reuters that up to 50 lawsuits could wind up being filed. 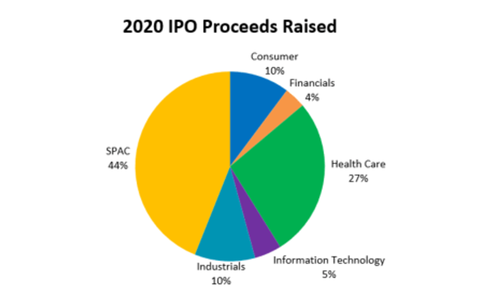 Douglas Ellenoff, a corporate and securities partner at law firm Ellenoff Grossman & Schole LLP, told Reuters the suits may wind up stopping some companies from moving forward with SPAC plans. He commented: “It has a very chilling effect on all responsible capital markets, participants who are trying their best to do things in compliance with the securities laws.”

It was no sooner we mentioned how spectacularly the blowup of Pershing Square’s Tontine Holdings SPAC was for some retail investors, than the entity was being sued.

The lawsuit seeks to prove that Pershing Square’s SPAC was an investment company and not a SPAC. As we noted days ago, this is the exact reason the SPAC got pushback from the SEC when it announced its intention to make an investment in Universal Music, leaving cash left over to acquire, invest and/or merge with other companies.

In response to the suit, Bill Ackman told Bloomberg last week:  “PSTH has never held investment securities that would require it to be registered under the Act, and does not intend to do so in the future. We believe this litigation is totally without merit.”

Recall, earlier this month we wrote that Ackman wound up torching retail investors when Pershing Square Tontine Holdings failed to find a merger partner after months of bluster from Ackman and blind faith from investors.

The failure of PSTH to get off the ground resulted in large losses for retail investors, like one 35-year-old unmarried Chicago psychiatrist who lost nearly $1 million “investing” in call options on the pre-merger entity, a new profile by Institutional Investor pointed out several days ago.

PSTH had been touted by Ackman to be an “investor friendly” SPAC. Ackman even “tweeted a rap video about SPACs minting money” in February 2021. Ackman even joked about “marrying a unicorn” when talking about his SPAC’s launch last July.

“That video literally single-handedly caused the stock to rise 10 percent,” the investor told II. “It was like, okay, this is coming very soon. If you don’t get in now, you’re going to miss it.”

“Just because I have specialized training doesn’t mean I can’t be just as much of a fool as the guy next door,” the investor said. “Whatever money I had, I pretty much was putting it all into buying more of it,” he said of his purchases of June 18, 2021 $25 strike call options. The stock traded at $23 at the time, leaving the options to be a total loss. 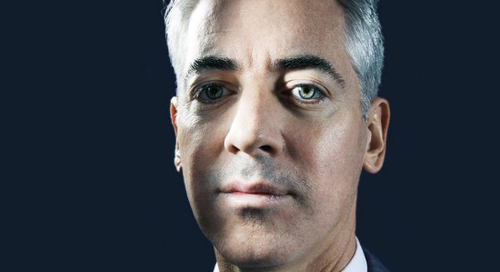 But reality hit on June 4 when PSTH announced a deal to take a 10% stake in Universal Music Group. It was a small slice of an investment that left money over for other deals. Then, “hell came” when the SEC told Ackman that the deal didn’t meet NYSE’s requirements for a SPAC, all but killing the deal.

In fact, II talked to 16 other people who invested in PSTH and though it was a “safe, calculated bet”. “Nine of the 17 men II contacted were either immigrants or first-generation Americans,” the report noted.

One 31 year old German college student put about $294,000 in savings into the SPAC. He had lost about $100,000 on the investment. “I looked up to Ackman,” he said, noting that he was impressed by Ackman’s SPAC doing away with free sponsor shares and encouraging holding shares post-merger through special warrants. “It was clear to me that this was a new kind of vehicle. To me, the warrants were the unique selling point of PSTH,” he said.

Another investor who lost $600,000 on PSTH options told II: “The gambler’s fallacy is always the high end. You think you’re invincible until you’re not, and that’s generally what happened to me.”

The biggest loss came from a 39 year old software engineer, who saved $1.6 million over 20 years. He set up an account at Fidelity last year and, behind the back of his parents whom he was helping support, put the entire $1.6 million into PSTH.

“Ackman just sounded very confident. I trusted the guy. I thought he knew what he was doing,” the engineer said.

It was then that he transferred his shares into in the money call options with a strike price of $22. The stock was trading at $30 at the time. His account hit $2 million at one point before his options expired worthless on July 16.

He said of the resulting depression he is suffering from: “I’m not mentally there. I’ve got to pick myself up or this is going to ruin my life even further.”