Leon Black might be the only billionaire in America who is having a worse year than Bill Gates. 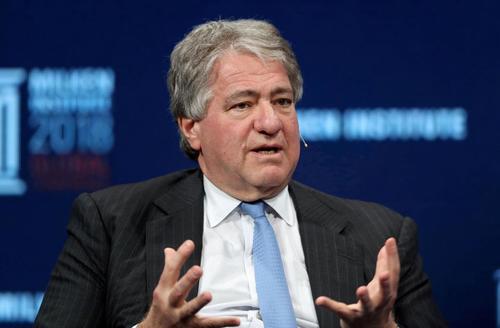 As Black continues to face suspicions surrounding his relationship with Jeffrey Epstein (whom Black paid more than $100MM for tax consulting purposes), the Apollo founder is also facing a lawsuit accusing him of forcing a former model into a yearslong abusive relationship. In her lawsuit, filed June 1, she accused Black of rape, abuse and enforcing a “cycle of intimidation, abuse and humiliation.”

But on Tuesday, Black – or, we should say, Black’s lawyers – offered some compelling claims that appeared to rebut the model’s original lawsuit. In the document, Black’s lawyers claimed that the private equity baron had been in a consensual relationship with the model – Russian-born Guzel Ganieva – for six years before she started trying to extort him, at which point the relationship ended.

“…in March 2021—after having accepted payments month in and month out, for well over five years, totaling millions of dollars—Ganieva posted a series of tweets proclaiming, among other things, that Mr. Black had “sexually harassed and abused” her “for years.” Those statements were vicious, devastating—and utterly false.”

During that time, he lavished her with gifts. According to the filing, Black gave Ganieva millions of dollars of presents, paid the rent for her apartment on the Upper East Side, bought her a luxury car and Steinway piano, financed lavish vacations, paid her tuition at acting school and at Columbia University, and financed a $40K commissioned portrait of her.

Roundly denying the allegations and calling the complaint “a work of fiction,” Black rebutted Ganieva’s claims and made some of his own, including accusing him of trying to blackmail him in 2015 by threatening to go public with their relationship. Black even went to the trouble of surreptitiously recording their conversations and save text messages sent between the two.

The filing included messages of love and appreciation sent immediately following an alleged sexual assault that supposed occurred on July 6, 2014.

“It was very nice to see you last night…I love you and thank you!!!! Xoxoxoxoxo and more love,” Ms. Ganieva wrote to Mr. Black the next morning, according to the filing.

Another message appears to show her initiating contact with the former Apollo chief before the alleged incident, telling him “[t]his is love. I need you…” and asking him to bring a bottle of wine to her home that evening. In her original complaint, Ganieva alleged that Black “barged” into her apartment against her will on the day she says he assaulted her.

Black abruptly left Apollo in March, several months before his planned retirement date. Despite this, an internal investigation found that Black had no knowledge of and was not involved in any criminal behavior by Epstein.