Authored by Ben Wilson via SaraACarter.com,

In the wake of several scandals rocking the infamous, and now failing, Lincoln Project, reports are surfacing of the organizations that contributed major donations to the group. And those that donated are facing backlash. 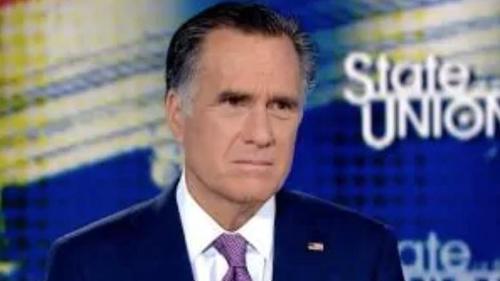 The National Pulse reports that the major donors show a list of left-leaning groups, despite the group’s claims that it represents a disenfranchised Republican base.

“The list also includes Michael Moritz, a partner at the venture capital firm Sequoia, who donated a sizable sum in three donations in May, June, and July of 2020: one worth $50,000 and two worth $25,000,” the Pulse reports.

This afternoon the donors backed away from the pedo-friendly group.https://t.co/jBiP6I4qng

See the full list of donors and reporting on the China connections here.

The news comes after reports broke that the FBI is investigating allegations against Lincoln Project co-founder John Weaver.

Meghan McCain, the co-host of the The View and daughter of former U.S. Senator John McCain, said in a Tweet that “John Weaver and Steve Schmidt were so despised by my Dad he made it a point to ban them from his funeral.”

“Since 2008, no McCain would have spit on them if they were on fire,” she added.

1. I’ve been very hesitant to comment but since my deceased father keeps getting invoked I will say this:

John Weaver and Steve Schmidt were so despised by my Dad he made it a point to ban them from his funeral. Since 2008, no McCain would have spit on them if they were on fire.

Weaver was accused by at least 21 men last week for sending inappropriate messages and in some instances offering political and employment opportunities for sexual favors.

“John Weaver led a secret life that was built on a foundation of deception at every level,” the prominent never-Trump organization said in a statement last week. “He is a predator, a liar, and an abuser. We extend our deepest sympathies to those who were targeted by his deplorable and predatory behavior.”