LIVE! host Ryan Seacrest has called out his guest co-host, Deja Vu, after she suffered an on-air blunder.

Deja – who was filling in for veteran host Kelly Ripa – made an error when she and Ryan discussed ways to de-stress.

Ryan, 47, asked the radio personality what relaxation methods she uses to prepare for a show, admitting he often clears his throat.

The talk show host’s confession prompted Deja to reference an article she found on the topic.

The article stated that humming or singing are proven techniques that relax the “vagus nerve,” but she mispronounced the word “vagus” to sound like a female body part. 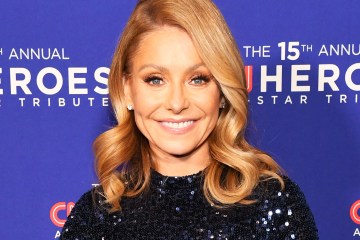 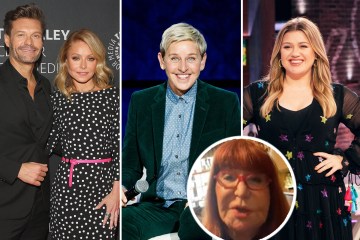 Ryan immediately took notice of his guest co-host’s mistake and proceeded to poke fun at the mispronunciation.

“I’m not sure if I have the vagus nerve,” Ryan dramatically replied, purposely pronouncing the word the way Deja did.

“If there’s a doctor in the house, please!” he continued, throwing his hand up in the air.

But Ryan did not let it go and continued to make light of the goof.

“It’s, you know, that nice long drive to the vagus nerve,” Ryan remarked before breaking out in laughter.

“Oh my god, stop it, Ryan!” Deja told her co-host in an attempt to move on from the mishap.

Ryan then commented on Kelly’s absence, saying: “No, we’ll know if Kelly’s watching by the inbox.”

The American Idol host has shared the table with a number of guest co-hosts this week while Kelly, 51, is on vacation with her family, as reported by Hello!

On Wednesday’s broadcast, Ryan was joined by actor and comedian Ali Wentworth, 57, who received a warm welcome from the studio audience.

A fan on Twitter expressed enthusiasm over the most recent duo, as they tweeted, “Love it when Ali co-hosts!”

During the episode, as Ryan and Ali took their seats, the On Air host showed off his short “schoolboy shorts” partnered with a shirt and suit jacket.

The audience “wooed” and hollered, and Ryan chuckled and quietly said, “Thank you.”

Ali asked if the camera could get a full view of his outfit as she complimented: “I love shorts, loafers, and a jacket.”

The American Top 40 host announced, “To celebrate Ali Wentworth here, I’m in my summer suit,” he then teased that designers are making these new suits because “the planet is warming” and it’s “so hot outside.”

He and Ryan were all smiles as they walked into the Live with Kelly and Ryan studio, with the latter helping the former into his seat.

Ryan asked the What Makes You Country singer while showing him to Kelly’s chair, to “let me swivel you in, Luke Bryan.”

Once the two got situated, Ryan told the audience: “Monday, August first. Filling in for Kelly Ripa is Luke Bryan, ladies and gentlemen.”

He then told Luke how “excited” he was to have him co-hosting the show, as they’d “been talking about doing this for a long time.”