Update (1116ET): Two hours or so after the arches underneath the railway station at Elephant and Castle in south London caught fire, the London Fire Brigade tweeted the fire “is now under control.”

The fire in #elephantandcastle is now under control. Firefighters will remain at the scene for the next few hours to dampen down the scene. Road closures are still in place in the area. pic.twitter.com/jAJge09Obg

The London Fire Brigade confirmed reports of a massive fire near the “arches of Elephant & Castle railway station,” a National Rail station in Newington, south London. At least three commercial units or shops underneath the railway station are on fire.

London Fire Brigade said, “15 fire engines and around 100 firefighters” are battling the blaze. Local officials ask people to avoid the area and close all doors and windows because of toxic fumes. 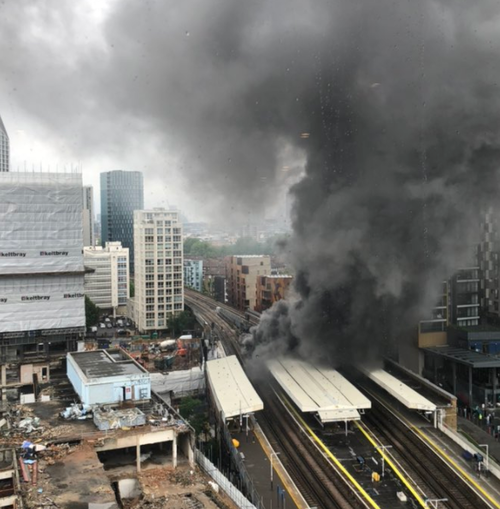 Ground footage shows a giant fireball was expelled from one of the shops.

🇬🇧🔥 Large fire and explosion at Elephant and Castle station in London; no word on injuriespic.twitter.com/95vOWk748Z

Another view of the fire. 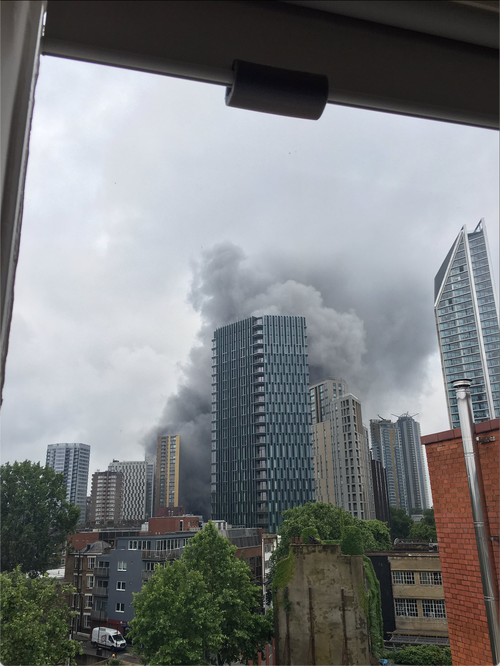 More footage from Elephant and Castle of the arches where the fire appears to have started in a vehicle repair shop.

Garage blow up in elephant and Castle. pic.twitter.com/7KTtXyM9ON

Local Metropolitan Police believe the incident was not terror-related.