MANCHESTER UNITED’S new sponsor TeamViewer were ‘not the highest bidder’ and the club had bigger offers than their £235million deal.

It followed as Chevrolet part company with the Premier League giants at the end of the season.

United’s partnership with TeamViewer is the biggest shirt-only deal in Premier League history, worth £47m each year.

But Old Trafford managing director Richard Arnold revealed the tech firm did not even offer the biggest package deal.

Arnold said: “They weren’t the highest bidder. What they bring to us is way beyond money.”

The partnership plans to introduce United’s ‘1.1billion fans and followers around the world to exciting new technology drawing on TeamViewer’s expertise in remote connectivity services’.

Arnold, added: “We are tremendously proud to be establishing this partnership with one of the most exciting and dynamic global software companies.

“The ability to connect and collaborate has never been more important to the world and our community of 1.1billion fans and followers.

“We are looking forward to working with TeamViewer to bring to life our vision for a partnership built on smarter ways of connecting people and businesses.” 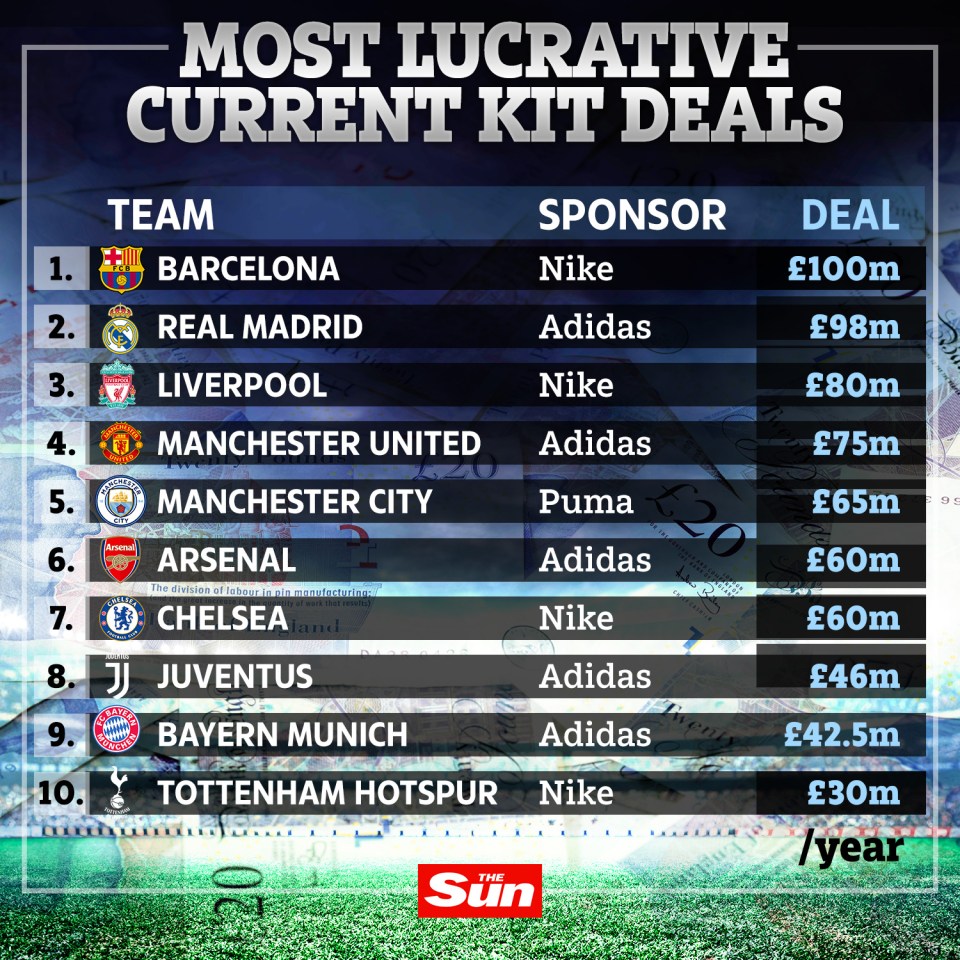 TeamViewer have a blue logo, but that will be switched to white on United’s red kit next season.

United, who in 2014 signed a ten-year deal with Adidas worth £750, are currently second in the table and on course to qualify for the Champions League.

It marks a significant turnaround for manager Ole Gunnar Solskjaer, who continues to have the backing of the board.

Arnold said: “Ole is the ultimate exemplar of… someone in Manchester United who has tremendous character, is incredibly well connected with the culture and history of the club.

“No one in the world is happier than me with the phenomenal success he is bringing.

“When you’re inside (the club) and you are seeing the work of the man and the character, it just makes you so happy.

“He deserves to succeed, and he is, and that makes me very happy.”