At a time when the Biden administration is both vilifying the oil and gas industry at any chance they get, yet also paradoxically searching for new supply to bring online to mitigate soaring prices in the sector, a new $25 billion tax bill could be on its way to oil companies.

Senate Majority Leader Chuck Schumer and Senator Joe Manchin’s that was introduced last week includes the $25 billion in new taxes, Bloomberg reported this weekend. The hikes are similar to ones that would have raised $25 billion over 10 years in the House-passed Build Back Better Act.

The newly implemented tax bill for oil companies would come from a “long-lapsed tax on crude and imported petroleum products to 16.4 cents per gallon”, a summary of the bill, which was released late on Sunday, indicated.

The Superfund tax previously “stood at 9.7 cents per barrel until it lapsed at the end of 1995”, Bloomberg noted. It was formerly paid with the intention of helping clear up hazardous waste sites (hence the “Superfund” name). 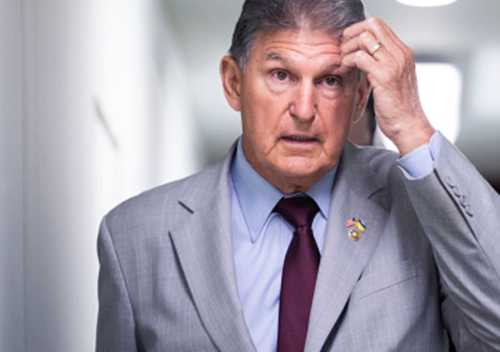 The Bill released last week was 725 pages, and so we’re certain that more wonderful goodies will make their way into the public discourse as the bill moves closer to the President. In addition to the crude tax, Bloomberg writes that it places a “new first-time fee on methane emissions rising to as much as $1,500 a ton and increases the royalty rate companies pay to the government for oil and gas produced on federal land.”

In other words, the Biden administration would be trying to tax new oil supply online. Good luck with that.

And, of course, what would any completely ass-backwards bill be without about $370 billion in spending to help fight climate change at the very same time the country is in the midst of an inflationary crisis?

It’s so clear this isn’t just a leftist war about clean energy, it’s a war on capitalism and profitability. The left absolutely hates that oil companies make money. Biden recently complained they are “making more money than god” but failed to say they “lost more money than god” when they burned through $20 billion in 2020.

Leftists politicians believe these companies simply don’t deserve it. The left wants a state planned economy where they dictate which companies are virtuous enough for them to be the bearer of profits, regardless of how integral the products or services are to them in their daily lives.

And as we see, as these companies return back to profitability, all of a sudden it’s important to immediately denounce them. This is a war on capitalism.

46 mins ago
Capitol Police: Man kills himself after ramming barricade

46 mins ago
Capitol Police: Man kills himself after ramming barricade