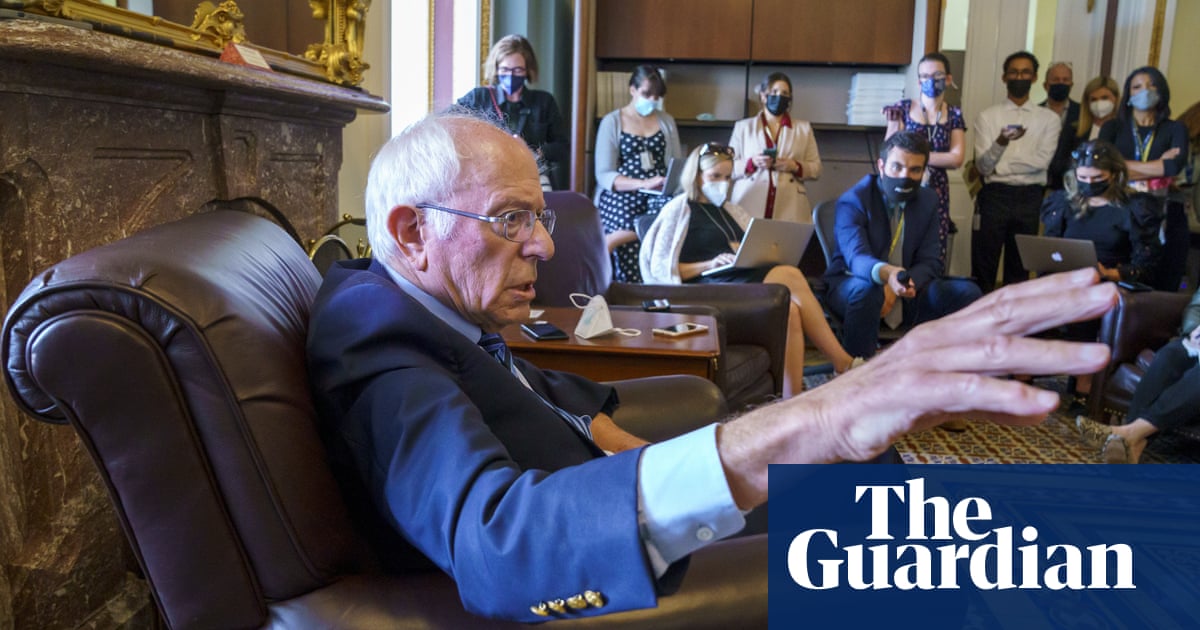 Sanders, writing in the Charleston Gazette-Mail, described opponents of the legislation as “every Republican in Congress as well as the drug companies, the insurance companies, the fossil fuel industry and the billionaire class”.

He added that opponents of the bill support a status quo “in which the very rich get richer while ordinary Americans continue to struggle to make ends meet”.

Joe Biden’s proposed legislation is an ambitious package on policies such as free education, the climate crisis and healthcare provision that its proponents liken to the domestic reforms of the 1960s Great Society and the 1930s New Deal.

However, it has run up against opposition from a group of centrist and conservative Democrats – often spearheaded by Manchin – who balk at its price tag and some of the programs it embraces.

“Yet, the political problem we face is that in a 50-50 Senate we need every Democratic senator to vote yes. We now have only 48. Two Democratic senators remain in opposition, including senator Joe Manchin,” he said.

The other senator Sanders was referring to is Kyrsten Sinema of Arizona.

The column provoked swift pushback from Manchin. “This isn’t the first time an out-of-stater has tried to tell West Virginians what is best for them, despite having no relationship to our state,” he said a tweet.

Last month, Manchin said he would not vote for the bill, called the Build Back Better plan, that he characterized again on Friday a “reckless expansion of government programs”.

The exchange comes as the full spending package looks increasingly unlikely to pass in its current form, and the progressive-centrist impasse has paralyzed Biden’s domestic reform agenda and action to match his administration’s commitment to combatting climate change.

Central to the dispute between Sanders and Manchin is the Clean Electricity Performance Program (CEPP), a $150bn program within the spending bill, designed to speed the conversion of US electric power generation from fossil fuels to renewable energy.

Manchin’s home state is the second largest producer of coal, after Wyoming, according to the US Energy Information Administration, and Manchin has argued that utilities should not receive federal funds for an energy transition they are already making.

Manchin is also chairman of the Senate energy and natural resources committee, and holds power over energy components in the bill. He has indicated he aims to reduce the $3.5tn price tag of the spending bill to $1.5tn.

But simply dropping the clean energy provision from the proposed legislation would come as major embarrassment to the administration ahead of Cop26 climate summit in Glasgow next month, where Biden will be in the spotlight over matching verbal commitment to climate initiatives with legislative action.

In taking the fight to West Virginia, Sanders is redoubling pressure on his party colleague.

From ringside, the White House continues to express its commitment to a compromise solutions to get the economic package, even if it does not reach its full measure of spending.