Wealthy financiers planning on fleeing New York City following the state’s latest tax hikes which are saddling the state’s richest with the highest tax rates in the country, have have just been given a reason to stay.

The Manhattan District Attorney’s Office announced Wednesday that it will no longer prosecute prostitution and unlicensed “happy ending” massages, a major step toward decriminalizing prostitution in the US. The NY DA’s office is one of the most high-profile law enforcement organizations in the country, and it’s currently running an investigation into President Trump’s pre-political business life and trawling for evidence of crime. 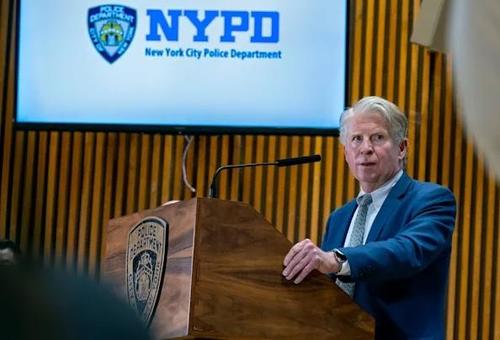 DA Cyrus Vance Jr., who famously accepted campaign donations from Harvey Weinstein before quashing a pre-#MeToo investigation into the movie mogul’s abuse of women, asked a judge Wednesday morning to dismiss 914 open cases involving prostitution, along with 5,080 cases in which the charge was loitering for the purposes of prostitution.

LGBTQ activists have long called for the removal of the “loitering for the purposes of prostitution,” branding it the “walking while trans” law an claiming it led to the targeting of trans individuals by the police.

Cracking down hard on prostitution was a major component of NYC’s campaign to clean up Times Square and other tourist hot spots during the late 1980s and 1990s. Later, Mayor Rudy Giuliani made it a key part of his “broken windows” strategy for fighting crime.

“Over the last decade, we’ve learned from those with lived experience and from our own experience on the ground: Criminally prosecuting prostitution does not make us safer, and too often, achieves the opposite result by further marginalizing vulnerable New Yorkers,” Vance said in a statement.

To be sure, the DA’s office clarified that it would still prosecute Johns and pimps, along with sex traffickers. But it appears those efforts will focus on prosecuting traffickers, especially those who deal in underage victims.

Manhattan isn’t the first US city to give decrim a shot. Manhattan will join Baltimore, Philadelphia and other jurisdictions in NYC that have declined to prosecute sex workers. Brooklyn doesn’t prosecute people arrested for prostitution but instead refers them to social services before they are compelled to appear in court — unless the district attorney’s office there is unable to reach them. The Brooklyn district attorney, Eric Gonzalez, in January moved to dismiss hundreds of open cases related to prostitution and loitering, and said that he would eventually ask that more than 1,000 be dismissed. The Queens district attorney, Melinda Katz, followed with a similar mass-dismissal in March.

The news is likely to jumpstart the high-end escort business in the city, which has been struggling since the federal takedown of Backpage.com, which was seen as the premier site for prostitutes to seek clients online – though the Trump Administration targeted it after determining it was used by traffickers to pimp out underage girls.

To sum up, while Florida has no state income tax, New York will soon have hookers and weed, and God only knows what’s next (mushrooms and blow, perhaps?) If nothing else, at least this might give the NYPD more resources to focus on a more pressing issue: the rise in violent crime over the past year.

All this might convince hard-working bankers to spend more time in the Big Apple. After all, nobody wants to deal with the public embarrassment suffered by Patriots owner Robert Kraft when police raided his favorite South Florida rub n’ tug.