LIV GOLF is notoriously well funded – but Max Homa’s price tag may be too much, even for them.

The 20th ranked PGA Tour member appeared on the Pardon My Take podcast on Tuesday where he said he’d “allegedly” been offered $1 billion to join LIV.

But this didn’t quite meet his price tag.

Given that the tournament’s top earner is currently Phil Mickelson on a reported $138 million, Homa may have to wait for inflation to take its toll for a few more years before he can look to rake in that first billion.

In the meantime, his focus is on the upcoming President’s Cup, which he sees as “an opportunity to represent your country.” 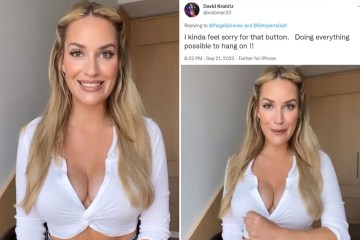 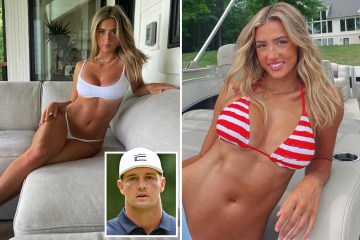 Homa said: “I’ve never done it before, and it’s been awesome to watch on TV and something I’ve wanted to do forever.”

And once his debut in the competition is out of the way, Homa is hoping a solid performance there could sneak him into contention for a Ryder Cup invitation in the future.

Homa admitted: “I would very much like to play well this week and at least kind of sneak my foot in that door as well.

“That door is definitely … I’m gonna leave it open until somebody shuts it on me, but I’m definitely open for an invitation. I’m down.”

Most read in Golf

11 mins ago
Is the church in America really dying?

11 mins ago
Is the church in America really dying?

51 mins ago
Wheel of Fortune’s Vanna White, 65, reveals her intense workout schedule in order to ‘fit into sample sizes’