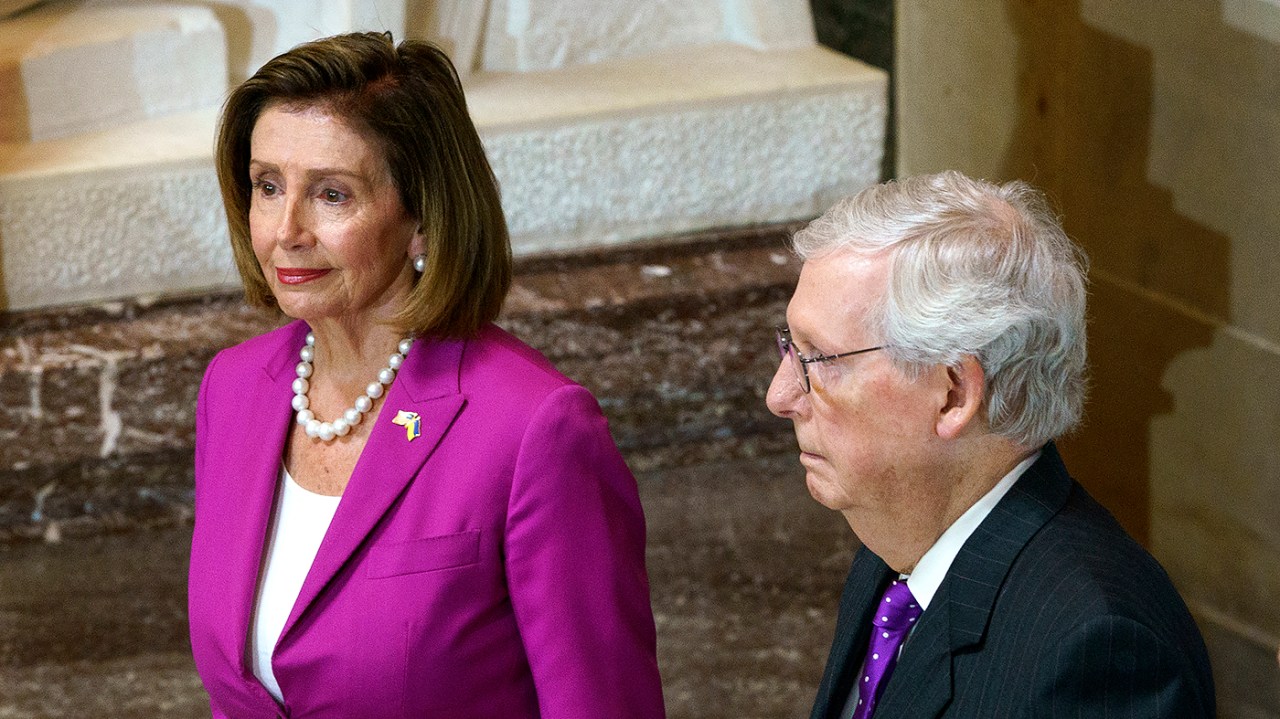 “The Speaker and I have disagreed frequently and forcefully over the years, but I have seen firsthand the depth and intensity of her commitment to public service,” he said in a statement released Thursday evening.

“There is no question that the impact of Speaker Pelosi’s consequential and path-breaking career will long endure,” he said.

McConnell and Pelosi led their respective chambers in the 116th Congress, which spanned from 2019 to 2020 and saw a shutdown of the federal government due to a dispute between then-President Trump and Democratic leaders over building a wall along the U.S.-Mexico border.

They worked together in March of 2020 to pass the $2 trillion CARES Act, which provided unemployment benefits, support to small businesses, tax relief and state and local aid at the outbreak of COVID-19 pandemic.

McConnell issued his statement hours after House Minority Leader Kevin McCarthy (R-Calif.) skipped attending Pelosi’s speech on the House floor announcing her intention to step down as leader of the House Democratic caucus.

Pelosi will step down from her leadership post but remain in Congress for the time being as a mentor to the incoming House minority leader, who is expected to be Rep. Hakeem Jeffries (D-N.Y.).

House Democrats will vote on Nov. 30 for a new leadership team.