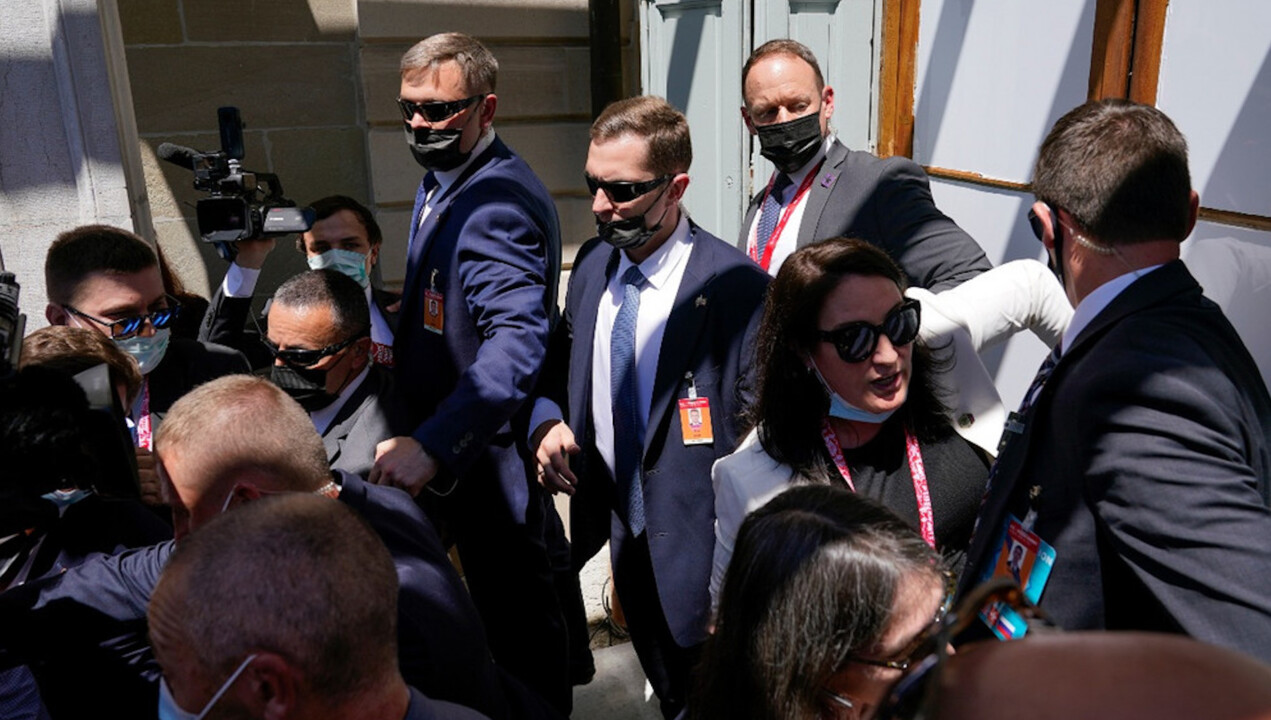 U.S. journalists and White House officials began screaming that the Russian security should stop touching them.

Biden, accompanied by Secretary of State Antony Blinken, and Putin, accompanied by Russian Foreign Minister Sergey Lavrov, watched the scene unfold, appearing to be amused. At one point, Biden leaned over and spoke to the interpreter and smiled.

A journalist asked Biden if he trusted Putin. Biden looked at her and nodded in the affirmative.

Press Secretary Jen Psaki refuted that Biden was responding to the question. “During a chaotic free for all with members of the press shouting questions over each other, the President gave a general head nod in the direction of the media. He wasn’t responding to any question or anything other than the chaos.”

A second journalist asked Putin if he feared the Russian opposition leader Alexey Navalny, who has been poisoned and imprisoned, and what he would do if Ukraine joined NATO. Putin looked up and did not respond.

U.S. and Russian officials had agreed that each side could have a small select number of journalists inside the room. Other journalists stood outside the building but did not try to enter.

Biden and Putin kicked off their highly-anticipated meeting Wednesday afternoon amid escalating tensions over cyberattacks, human rights and election interference. The two presidents are expected to meet for several hours, before each holds separate news conferences.