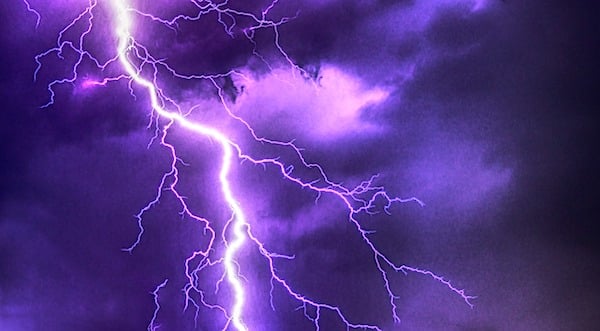 According to Dictionary.com, the term “atmospheric river” originated with scientists at Massachusetts Institute of Technology back in the 1990s. More recently, the term gained currency with climate-change advocates as a way of boosting their dodgy narrative. Lately the mainstream media picked it up and applied it lavishly in accounts of the recent heavy rains California.

The rain-making phenomenon, common around the globe, occurs at various places and can better be understood as acting similarly to an escalator driven by the jet stream. The diving jet pulls with it warm, moist air from tropical regions of the oceans, such as the region of the Hawaiian Islands, northeastward toward the North American continent – there known as the “Pineapple Express.” As streams of saturated vapor impinge on the higher elevations of the continent, copious amounts of rain fall. Higher in the Sierra, the moisture falls as snow.

The more common times for the Polar Jet to deviate from its normal course down toward the Hawaiian Islands are late autumn and early winter. The most damaging precipitation events (with severe stream flooding and landslides) have occurred up and down the west coasts of the United States and Canada during November, December and January. This is how the region gained its rugged topography over geologic time – streams and landslides carving up the ridges and mountains.

“Bomb cyclone” is another exaggerated term that originated in 1980 with a paper jointly authored by a McGill University professor and an MIT scientist who were describing the rapid formation of a low-pressure system during winter months, resulting from the clash of extreme high pressure with a strong low-pressure system.

The term went mostly unnoticed in the mainstream media until 2018, when some aspiring writer at the Washington Post applied it to a developing nor’easter. Other correspondents, not particularly known for originality, quickly adopted it to dramatize what they misinterpreted as growing evidence of an impending climate disaster – fostered, of course, by man-made climate change wrought by greenhouse gas emissions.

“Weird weather” is another favorite of reporters who closely follow climate change and have a penchant for vivid terminology to hammer home the notion that climate change makes devastating weather events occur with greater regularity and severity. Their insistence belies a profound ignorance of both recent and past history.

Consider the flooding rains that struck California from the Christmas holidays into early January. A brief web-search would return many past weather disasters that should dispel the idea that it was in any sense “unprecedented.” Yet that word turns up in many media accounts.

“Unprecedented” is tough to prove against thousands, or even just a few hundred, years of natural history.

In 1861-1862, on the eve of the Civil War, California was awash in the greatest flood in post-Columbian history along the West Coast. For nearly two months, a large part of the central valley reverted to a lake. An estimated 1,000 Chinese workers on a project along the Napa River were washed away, never to be seen again. Thousands perished statewide.

California’s population in 1860 was less than half a million. With comparable infrastructure but more than 75 times as many people, an event of similar scale today would have killed proportionately more thousands, not just the 22 last reported.

Geologic evidence suggests that an even more massive flood occurred some 1,800 years earlier. Recurring mega-floods have happened in approximately 200-year intervals in California going as far back as has been examined. Nothing new here in 2023.

Journalists should curb their hubris when pretending to know about events that preceded their births.

In addition to the deaths, tragic though few, the heavy precipitation over the last few weeks brings a benefit: some recharging of aquifers and reservoirs. But because California officialdom seems to exist in a permanent state of denial when it comes to solving its critical problem of water scarcity, the blessing will be far less than it might have been.

Most of California is desert, or nearly so. The state has just experienced nearly eight years of drought or near-drought, falling well behind its annual average precipitation.

In such a climate, capturing water when it comes is critically important. Yet the state’s existing system of reservoirs is woefully inadequate to retain rainfall in its rare wet years to serve in its frequent dry years.

Hence, in many watersheds, the water deposited by the prolonged storm will not be captured to any meaningful degree compared with future needs. A trillion gallons have escaped already through rivers into the ocean. And within six months, predictably, California officials will again complain, to the dismay of the rest of the nation, about how their ongoing drought continues to leave them high and dry.

Instead of investing in strategically placed new reservoirs where the major streams leave the Sierra Nevada, the parade of recent governors had thought it better to spend from $75 to over $100 billion building an unneeded high-speed rail connection from Los Angeles to San Francisco through the inland Imperial Valley. That pet project, plagued by demands that it twist around to serve lots of small to mid-sized towns, offsetting the benefit of its speed, is mired in financial inertia while the money that could have been used profitably to construct several new reservoirs was never appropriated.

California bureaucrats are little different from their counterparts elsewhere who often wish not to solve problems but to perpetuate them to guarantee job security.

William D. Balgord, Ph.D. (geochemistry), heads Environmental and Resources Technology, Inc., in Middleton, Wisconsin. He also writes for the Cornwall Alliance for the Stewardship of Creation.