Australia and New Zealand have managed to keep COVID cases and deaths at a minimum thanks largely to their isolated status, which has enabled both countries to “raise the drawbridge”, so to speak, keeping out most foreigners since the start of the crisis. 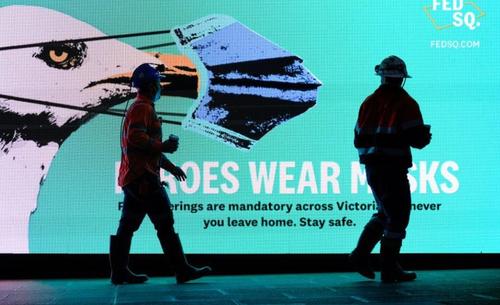 But even with Australia’s notoriously stringent COVID-19 restrictions, a few cases have managed to slip by. In the face of the biggest cluster uncovered in months, Melbourne and the surrounding Victoria State entered their 4th lockdown last week. Though it was only supposed to last a week, that could soon change as more cases are confirmed. 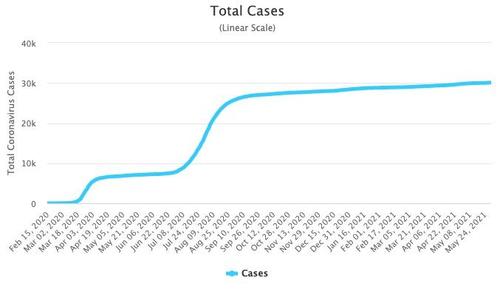 Reuters reports that 5 new cases were discovered over the last 24 hours, bringing the total number in the Melbourne cluster to 51.

Australia’s second-most populous state of Victoria, the epicentre of the country’s latest coronavirus hotspot, reported 11 new cases of community transmission on Monday and authorities warned the situation could worsen in coming days.

The state officially reported five new cases in the 24 hours to midnight. At a press conference on Monday, authorities announced a further six cases were recorded after the late night cut-off which will reflect in Tuesday’s data, taking the current cluster to 51.

The rising tally has raised questions about whether the current lockdown might be extended, since several cases have been connected to a nursing home, and another deadly nursing home outbreak is exactly what Australia’s public health authorities are trying to avoid.

Authorities are concerned about the virus taking hold in aged care homes after two workers and one resident at the Arcare facility in Melbourne tested positive, the home operator said in a statement.

Another resident is being re-tested for COVID-19.

Victoria endured one of the world’s strictest and longest lockdowns last year to suppress a second wave of COVID-19 that killed more than 800 people in the state, accounting for 90% of Australia’s total deaths since the pandemic began. Hundreds of elderly Victorians in residential aged care facilities were among the fatalities.

The Australian government has faced criticism for the country’s relatively slow vaccine rollout, as well as for its citizens’ reluctance to take the AstraZeneca jab following cases of extremely rare blood clots. Overall, Australia has been among the most successful globally in curbing the pandemic thanks to swift contact tracing, snap lockdowns and strict social distancing rules, with 22,275 local cases and 910 deaths.