FIGHTING under the lights of Dublin’s glitzy 3Arena looks a lot different to spending cold nights sleeping in a car.

Peter Queally has gone from kipping outside an MMA gym – to headlining Bellator Dublin.

The 33-year-old still has to pinch himself when he is told he is starring in Bellator 285’s main event clash against former UFC lightweight champion Benson Henderson.

He said: “If you’d of told me 12-years ago when I was sleeping in my car that I’d be headlining the 3Arena fighting Henderson,

“And that I would probably be more popular than him on the night I would have laughed at you.

“It’s a great achievement and I’m proud of myself.” 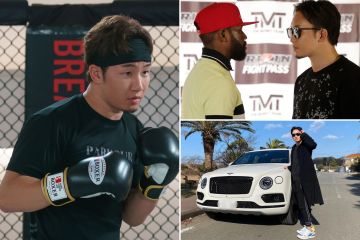 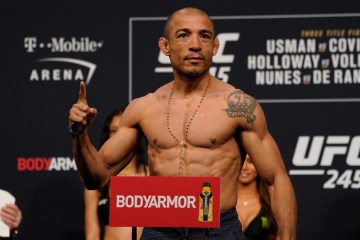 Waterford-born Queally dabbled in most sports as a kid but first got a taste for fighting in his teens after sparring with his pal who was a boxer.

He eventually joined a Muay Thai gym before picking up MMA classes in the same venue.

Queally added: “Next thing I know I’m taking a fight, I lost that because I was crap I didn’t know what I was doing.

“I hadn’t been training very long and lost in 30 seconds but I dusted myself off and took another fight and also lost that.

“I didn’t care I just thought I was badass and could do this, but I lost that by decision so that was progress.

“Then I smashed four guys in a row, got the hang of it, won by knockout a few times in a row.

“That was all amateur and then I did a pro fight just for fun thinking i’ll never have a career out of it.

“I kept winning fights and it slowly morphed into a career.”

The road hasn’t been easy for ‘The Showstopper’ who has been a trailblazer for MMA in Ireland since he stepped into the cage.

It was sparring sessions with Conor McGregor at Dublin’s SBG gym which got him hooked on the sport – and there was no looking back.

The lightweight star added: “I used to spar with Connor at SBG and I saw him fighting and I was like oh my god he is so good I’ve got to train with him.

“He only had three fights at the time he was not well known. So I packed up my belongings and moved to Dublin.

“My couin was interested in my career and MMA and he had a ratty little apartment in Dublin so he let me stay with him.

“I’d sleep in his bed with him, tops and tails but when his girlfriend stayed over I would get kicked out to the car!

“I spent a fair few cold nights outside the gym in my little car with the duvet round me.

“I don’t regret it if you want this you need to go to these lengths sometimes to really get what you want, nothing comes easy.”

Queally was also forced to ply his trade all over the globe, far away from the bright lights of New York and Las Vegas were his pal McGregor shot to fame.

He has fought in the likes of Cape Town, Moscow, Kazakhstan – where he was even hospitalised before even stepping into the cage to fight Kuat Khamitov.

Queally added: “Kazakhstan was pretty crazy. We went a week early and I got really sick with flu. I was bed bound.

“The day before the fight I was so sick. There was no way I was going to make weight, no chance.

“At that stage I couldn’t even fight. I’m just dying here but the promoters were like ‘no you’re fighting’.

“They basically cancelled the weigh in, agreed with me and my opponent there would be no weigh in.

“On the morning of the fight I’m in hospital with an IV drip of antibiotics going into me.

“The organisers just weren’t having it. It was in a big arena, the guy I fought Kua t is close friend on mine now and is very popular in Kazakhstan.

“We had a 15,000 arena completely sold out to see me and him. I was told to suck it up and it was a five round fight main event, it was horrific.”