Miami Mayor Francis Suarez had a phone call with Elon Musk on Friday about digging a tunnel underneath Brickell Avenue and Biscayne Boulevard to alleviate traffic.

Following the phone call, the Miami Herald spoke with Suarez about the Musk-owned Boring Co. building a $30 million tunnel under the Brickell Avenue Bridge. He said the tech billionaire told him the tunnel could be built in six months. 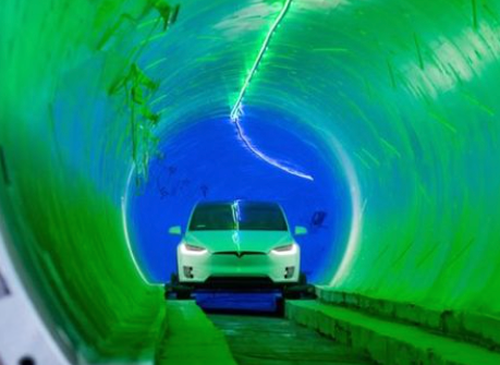 “For him, it’s not about the money, it’s about creating a solution, creating something that creates happiness and prosperity to the people,” Suarez said.

Suarez said the tunnel would only be accessible to electric vehicles because a major cost-savings of the tunnel is the lack of ventilation systems. He said the call lasted about 30 minutes.

“I think we have a unique opportunity to create a signature project, not just for Miami, but for the world,” Suarez said in a video statement on his Twitter account.

Suarez said the next step for him is to speak with DeSantis about the idea considering Miami-Dade County transit officials have already considered building a more expensive tunnel under the city.

Already, Boring has found success in completing a third of a mile transport tunnel beneath the Las Vegas Convention Center at the cost of $52.5 million.

… and good luck to Miami officials, who believe Musk can deliver them a tunnel under budget and in six months. Musk has been notorious for overstating promises.

We’re still waiting for the million robotaxis Musk promised on the road by 2020.

Global Social Media In The Era Of Great Power Conflict