YouTube “Sigfús Steindórsson“ has been following a new fissure vent that opened a couple of weeks ago and is visible from Reykjavík, the capital of Iceland.

The latest development from the fissure was a “monster-size lava fountain, the biggest since the eruption started,” said Steindórsson. They said the eruption occurred around midnight local time and was filmed around 0200 Sunday. 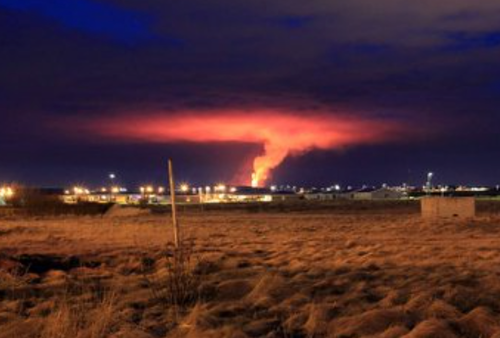 We’ve noted the Reykjanes Peninsula has been dormant for a number of years, and volcanic activity sprung back to life in March after tens of thousands of earthquakes were recorded.

Here’s the current map of active volcanoes around the world. 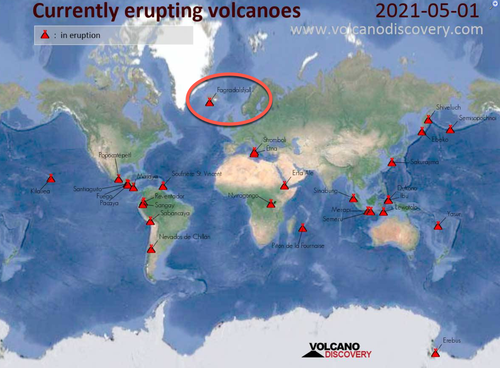 There’s no telling when volcanic activity in Iceland will simmer down.