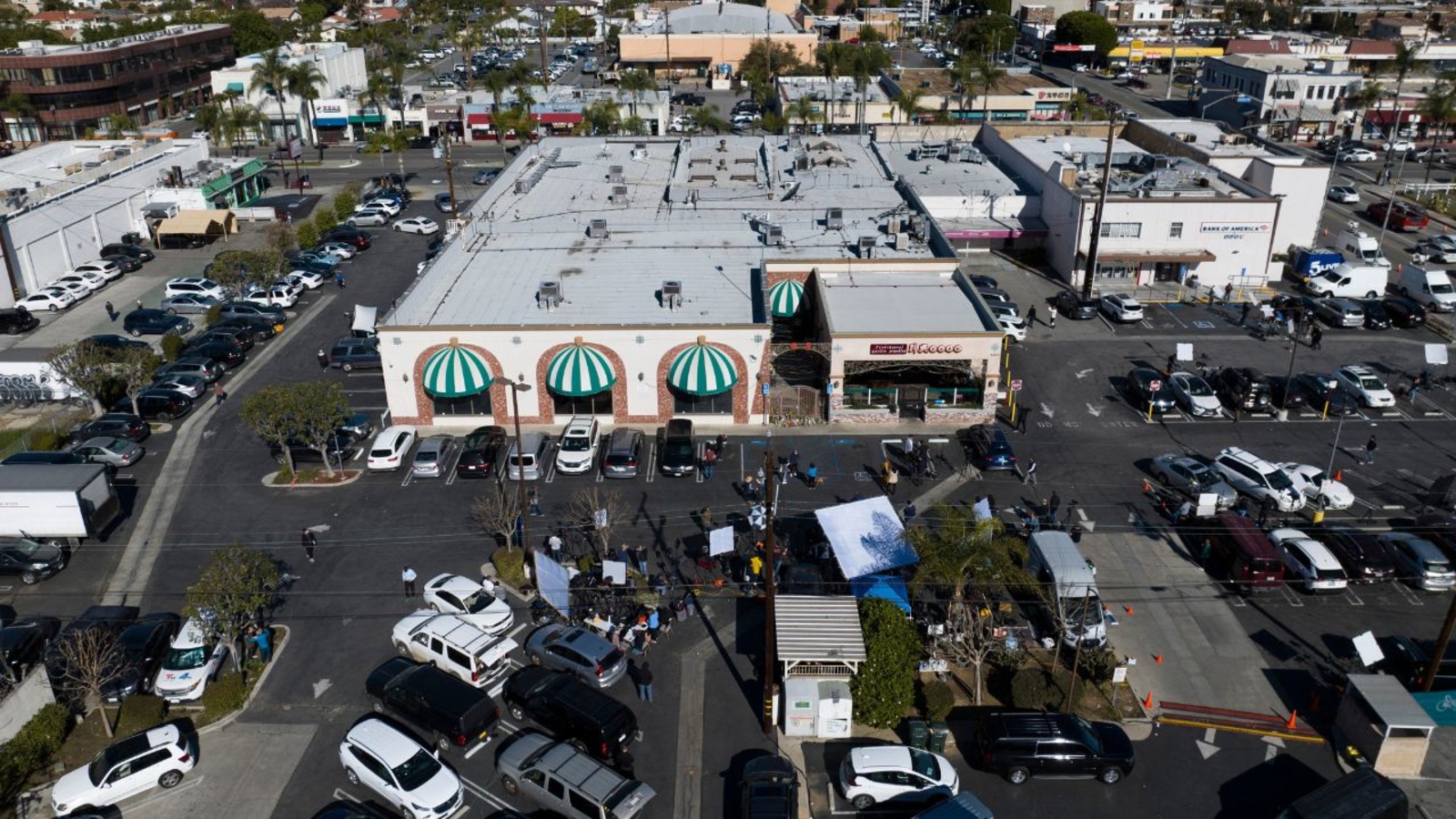 MONTEREY PARK, Calif. (KABC) — One of the victims injured in a mass shooting at a Monterey Park dance studio has died from their injuries, raising the death toll to 11. Authorities are still trying to determine a motive for the slayings that left the community in shock.

Four victims of the shooting were being treated at LAC+USC Medical. On Monday, officials confirmed that one of those patients died.

“Unfortunately, despite our best efforts, we are saddened to share that one of the victims has succumbed to their extensive injuries,” the hospital said in a statement. “We want to express our deepest sympathies to their families and loved ones.”

“Of the remaining victims receiving care at LAC+USC Medical Center, one remains in serious condition. The remaining two patients are recovering.”

This comes as authorities continue to investigate a motive for the gunman, Huu Can Tran. The 72-year-old was found dead from an apparent self-inflicted gunshot wound in a van in Torrance Sunday, the end of an hours-long manhunt for the shooter.

According to law enforcement, the suspect had no criminal history that has been found. Investigators are looking into the possibility that domestic violence may have played a part in Saturday’s mass shooting.

The next day, law enforcement officials swarmed and entered the van linked to the suspect, after surrounding it for hours before going in. A person’s body appeared to be slumped over the wheel and was later removed from the vehicle. At an evening news conference, Los Angeles County Sheriff Robert Luna confirmed the body found was that of the suspected shooter.

Authorities said Tran used that van to flee after he was prevented from attacking another dance hall in Alhambra, about 17 minutes after he opened fire at the Star Ballroom Dance Studio on West Garvey Avenue.

At the Alhambra ballroom, Tran walked in with a firearm and some individuals wrestled the firearm away, Luna said.

A surveillance image obtained by Eyewitness News shows the moment a man inside the Lai Lai Ballroom confronted the suspect and disarmed him. Tran then fled the scene.

Man who disarmed Monterey Park shooter speaks out: ‘I couldn’t believe what happened’

Very little is known about Tran or his connection to the targeted community and dance halls. Public records show he once had addresses in Monterey Park and neighboring cities.

But Los Angeles County Sheriff Robert Luna said the motive remained unclear for the attack, which also wounded 10 people. Speaking at a Sunday evening news conference, Luna said all of the people killed appeared to be over 50. No other suspects were at large, according to the sheriff.

“I still have questions in my mind, which is: What was the motive for this shooter? Did he have a mental illness? Was he a domestic violence abuser? How did he get these guns and was it through legal means or not?” Congresswoman Judy Chu said.

Luna added that the suspect was carrying what he described as a semi-automatic pistol with an extended magazine, which the sheriff said he believed is illegal to have in California. A second handgun was discovered in the van where Tran was found dead.

Monterey Park Police Chief Scott Wiese said Sunday evening that within three minutes of receiving the call just after 10 p.m. Saturday, officers arrived at the dance studio in Monterey Park. There, they found carnage inside and people trying to flee through all the doors.

“When they came into the parking lot, it was chaos,” Wiese said.

“The first officers on scene were some of my youngest officers,” Monterey Park Police Chief Scott Wiese said. “They had only been on the street for a short period of time.”

Wiese said the officers arrived at a scene that “none of them had been prepared for,” but didn’t hesitate to go in.

Luna said authorities were looking for that white van after witnesses reported seeing the suspect flee from Alhambra in such a vehicle.

Police heard a gunshot from inside the vehicle after the driver pulled into the parking lot. Police tactical units were then requested to the scene.

“So the sharing of information is what led Torrance Police Department to be able to do just good police work by actually spotting this van on their streets,” said L.A. County Supervisor Janice Hahn.

Law enforcement were seen converging on the suspect’s mobile home in Hemet Sunday evening after serving a search warrant.

Tran lived there for about a year, according to neighbors. Pat Roth says he was a dance instructor, but didn’t know much else about him. He says he lived alone.

“He didn’t strike me as having an angry bone in his body, but that’s just seeing him coming and going,” Roth said. “So I don’t know. It’s a little unnerving.”

The sheriff said the department usually doesn’t disclose the names of hospitals where victims of violent crimes are being treated. But in this case, he said, a disturbing incident reinforces the decision to keep that information private.

“Somebody called one of those hospitals to say something along the lines of they want to go and finish the job,” Luna said. “That is absolutely horrible.”

“Please, these victims and survivors are dealing with so much. Let’s not traumatize them more.”

All families and victims impacted by the shooting are urged to go to the Langley Senior Center at 400 W. Emerson Avenue, where there is a crisis response team.

Those victims have not been officially identified by authorities yet, but friends identified one of the people killed as dance instructor Ming Wei Ma. He was known for his patience and understanding.

Friends say he gave his life trying to save others.

“Mr. Ma, who is very beloved and respected in the dance community, and he’s been doing that for over 20 years – he was trying to stop the shooter, and he passed away,” friend Eric Chen said.

The massacre in Monterey Park was the nation’s fifth mass killing this month. It was also the deadliest attack since May 24, when 21 people were killed in an elementary school in Uvalde, Texas.

The shooting happened in the heart of its downtown where red lanterns decorated the streets for the Lunar New Year festivities. The celebration in Monterey Park is one of California’s largest. Two days of festivities, which have been attended by as many as 100,000 people in past years, were planned. But officials canceled Sunday’s events following the shooting.

The Associated Press contributed to this report.