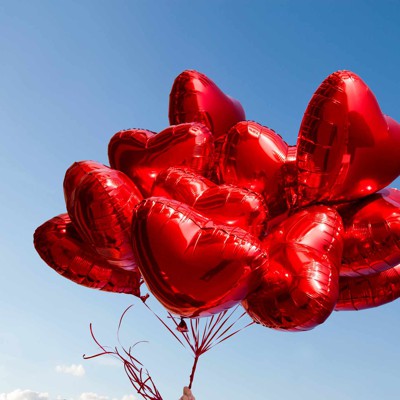 New research finds that the more likes people got when retweeting negative fake news, the more they agreed with the content—and hated the (fake) politician—in the story.

A new experiment by communication professor Joseph B. Walther and graduate students at the University of California, Santa Barbara’s Center for Information Technology and Society (CITS), published in the Journal of Communication, examined the effect of social approval on people’s belief in fake news stories.

Their study found that after retweeting a fake political news story, the more hearts people got—the symbol ­­indicating another user liked their posting—the more they agreed with that story’s content. But the social approval effect only happened when it was “bad news” that targeted the “other” political party.

“The conventional wisdom was that people buy into fake news passively, at least when it aligns with their existing beliefs,” says Walther, director of CITS. “This research focused on what’s social about social media: the interactions and approval among users.”

Social media have unique symbols people use to communicate that approval: Twitter’s heart button, for instance, or Facebook’s thumbs-up icon. When someone shares news on social media, and their post accumulates these approval symbols from other users, it’s a potentially powerful reward that can affect an individual’s perception that what they shared is true.

The researchers found that when a story portrays a politician negatively, the more social approval someone gets for sharing it, the worse they perceive the person depicted in the story to be. The effect was limited to negative stories that focus on a politician from the “other” political party.

To test the theory that the accumulation of hearts and thumbs-up affects perceptions when sharing news on social media, Walther and team’s experiment took some unusual steps. They created realistic fake news stories and posted them on a website similar to those that real fake news peddlers use: a web domain with a newsy name, cmcnewsnow.com.

The site featured two positive and two negative stories, each describing California elected officials (who did not actually exist). One positive story portrayed the official’s efforts to acquire more “personal protective equipment” for hospital workers treating COVID patients. A negative story portrayed a state senator without a mask shaking hands with constituents outside a (bogus) grocery store, flouting the social distancing requirements in place at the time. There were two versions of each story, one that labeled the politician with a “D” for Democrat and another with an “R” for Republican. The stories on the website were linked to teaser messages on bogus Twitter accounts that also were created for the study.

Over 600 social media users participated in the two-part study. They were asked to look at two of the tweets, read the news stories linked to the tweets, and retweet the one they thought that others should read, adding an original comment encouraging others to do so.

Up to 20 undergraduate research assistants “liked” the retweets—that is, clicked a heart under each message—in specific, randomly assigned amounts. Some tweets received no hearts, while others received 5, 10, 15, or 20. (Most real-world non-celebrity tweets get a handful of hearts or less).

After a few days, participants went to finish the study. They reviewed their retweets and how many hearts they got, indicated whether they tried to fact-check the story and completed survey scales measuring their perception of the politician in the story.

Results indicated that merely retweeting a story didn’t affect participant perceptions. Neither did any attempted fact-checking. “Good” politicians were favored whether or not they belonged to the same or the opposite political party as study participants.

For the negative news, though, it was a different story: When participants retweeted a negative news story depicting a politician from the political party opposite of their own, the hearts made a difference. In that case, the more hearts their retweets collected, the worse they thought of the politician in the fake story.

“It’s not just reading fake news that makes the difference,” says Walther. “It’s not even sharing a story with others that makes the difference. When it comes to destructive portrayals of politicians—the most common and most dangerous type of misinformation—it’s social interaction with others, even though those small signals of social approval that are native to social media platforms, that magnifies false beliefs.”