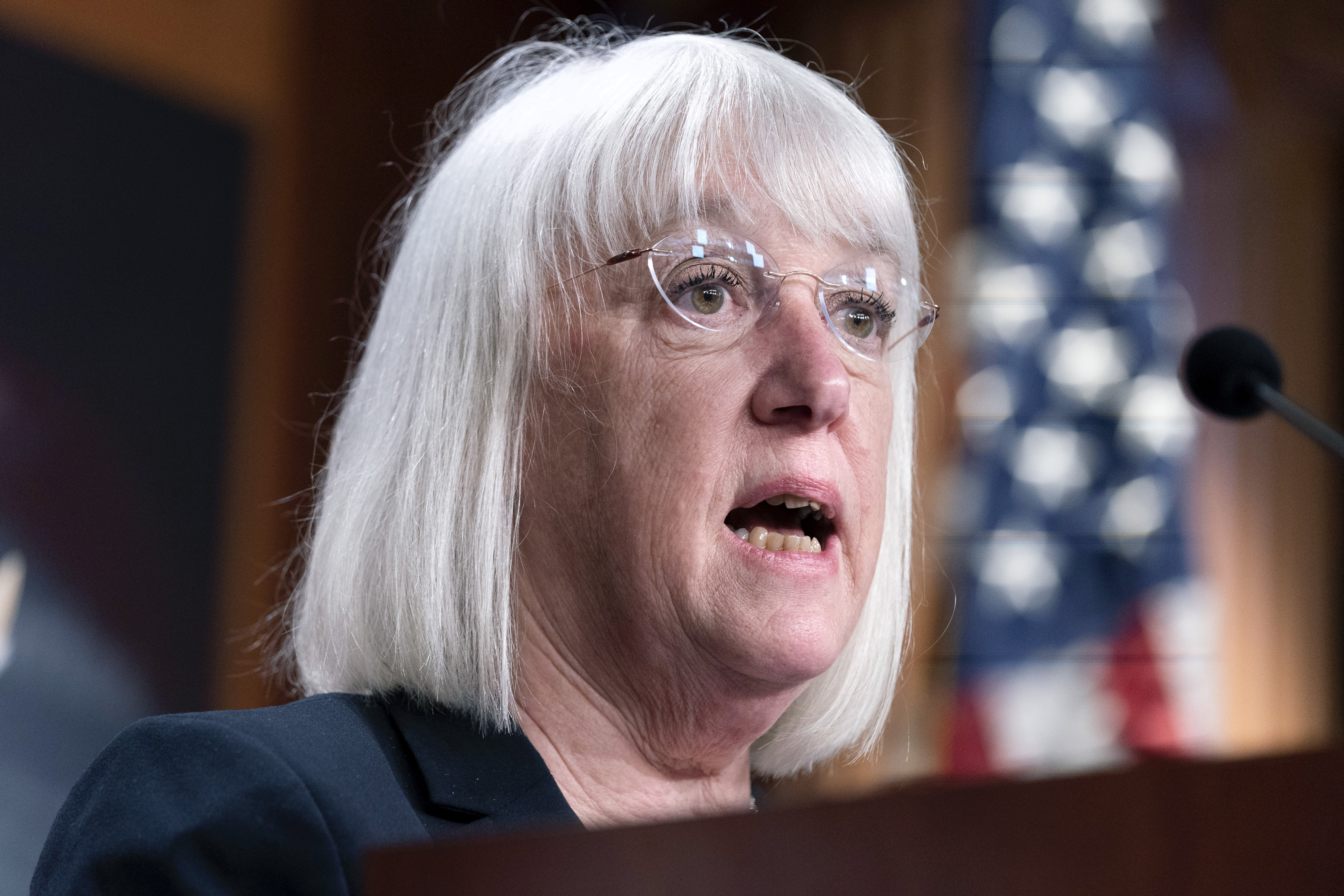 Senate Majority Leader Chuck Schumer chooses much of the Democratic leadership team, and there’s been no decision on whether he would fill the vacant assistant leader slot or make another change. The New Yorker oversees a sprawling set of advisers, and the top four leaders often appear together at press conferences and events.

That means there will be intense competition for any open leadership slot, which often comes with better office space and more staff. The party’s leadership elections are scheduled for Dec. 8.

Murray will have plenty more budget to work with now. At the caucus’ Wednesday lunch, Schumer said he will nominate Murray to be president pro tempore, replacing the retiring Sen. Patrick Leahy (D-Vt.). The Senate pro tem position also comes with a large security detail and prime office space on the first floor of the Capitol.

Sen. Dianne Feinstein (D-Calif.), technically next in line for the pro tempore job, has passed it up.

In addition to her new post, Murray’s perch atop the Appropriations Committee also commands a large footprint in the Capitol as one of Congress’ most important jobs. Murray and expected ranking member Susan Collins (R-Maine) will be in charge of directing hundreds of billions of dollars on an annual basis next Congress along with their House counterparts, Reps. Kay Granger (R-Texas) and Rosa DeLauro (D-Conn.).

“As Chair, Senator Murray would continue to do what she has done her entire career: put working families and Washington state first,” said Anali Alegria, a Murray spokesperson. “She will remain focused on key issues like child care, as well as pushing for investments in women’s health, education, housing, workforce training, mental health care, veterans’ care and so much more.”

Murray was elevated to her role as assistant Democratic leader at the end of 2016, the last time the caucus leadership reshuffled. When Schumer become the party leader, he created the position for Murray, who was mulling a challenge to Sen. Dick Durbin of Illinois for the job of Democratic whip but ultimately accepted the assistant leader job.

In the current hierarchy, Sen. Debbie Stabenow is the No. 4 Democratic leader as chair of the party’s policy and communications committee. She also chairs the Agriculture Committee.

Durbin, who also chairs the Judiciary Committee, plans to run again for the No. 2 slot. As for Murray’s new roles, he observed that being chair of the appropriations and president pro tempore is a “good combination.”

Murray’s decision may help avoid another intra-caucus debate over seniority and concentration of plum committee assignments. Senate Democrats changed their internal caucus rules in 2020, after Durbin made a bid for both Judiciary and whip.

While the caucus voted to allow Durbin to hold both positions, he gave up a top slot on an appropriations subpanel. During that debate, the caucus also adopted a proposal that allowed more junior members to have subcommittee gavels.