Musk’s Father: “I’m Really Afraid Something Might Happen To Elon”

Elon Musk’s father says he is afraid “something might happen” to his son, asserting that the billionaire is “a bit naïve about the enemies he’s making” in relation to the release of the Twitter files. 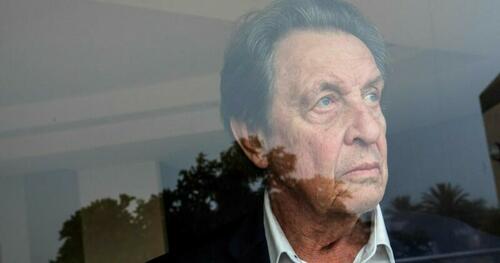 Over the past several weeks, Musk has spearheaded the release of innumerable internal communications proving the White House, the federal government and giant pharmaceutical corporations worked directly with the old guard at Twitter to censor information and ban prominent users.

Although the legacy media has done its best to ignore the bombshell revelations, the Twitter files have nonetheless embarrassed many powerful individuals.

Retired engineer Errol Musk told the Sun newspaper that he thinks his son is being rather blasé about the potential backlash he may receive for exposing the establishment.

“I’m really afraid that something might happen to Elon, even though he has about 100 security guards around him,” Errol warned, noting that his son was being “a bit naïve about the enemies he’s making, especially with the Twitter Files.”

It appears that the feeling is very much mutual, with Elon Musk fearing that someone may try to harm or kidnap his father as revenge for his political stances.

The younger Musk “decided, after the recent threats against him, that I need protection as well,” Errol told the Sun, revealing that his home has undergone a “first class” security system upgrade.

Having had his home broken into four times in the last year alone, the property is now “completely secure,” with an electric fence, nine security cameras rolling 24/7 that Musk can access from his phone, as well as “around-the-clock monitoring by guards who are armed to the teeth.”

“If they kidnap one of us, it will be the quickest $20 million anybody’s ever made in their life,” said the 76-year-old, who previously shot three armed home invaders in 1998.

“The risk of something bad happening or literally even being shot is quite significant,” said Errol, adding, “It’s not that hard to kill me if somebody wanted to, so hopefully they don’t.”

As we previously highlighted, last month Musk revealed that he has increased his personal security in response to concerns over his safety following the release of the first dump of ‘Twitter files’.

“The risk of something happening to me is quite significant,” said the billionaire.

In the age of mass Silicon Valley censorship It is crucial that we stay in touch. I need you to sign up for my free newsletter here. Support my sponsor – Turbo Force – a supercharged boost of clean energy without the comedown. Get early access, exclusive content and behind the scenes stuff by following me on Locals.