IMPORTED coronavirus variants are unlikely to push lockdown measures back to “square one”, a leading expert has said.

Professor Adam Finn said concerns about 77 cases of a mutation from India being identified in the UK had been “a bit pessimistic”.

The immunology expert, who sits on the UK’s immunisation committee, told Times Radio: “We’ve all expected evolution of this virus to occur from the start.”

“I also think that we know from other viruses and previous experience that the immunity that vaccines give won’t just disappear.

“It will be a gradual erosion. It won’t be back to square one. I would be really surprised if that happened.”

But he said international travel would continue to be a problem as the pandemic is “raging” in India and Brazil.

His comments came after Imperial College’s Danny Altmann said we should be “terribly concerned” about the India cases.


Topless woman held outside Windsor Castle after shouting 'save the planet!'

Altmann revealed he found it “mystifying” that anyone flying from India into the UK weren’t required to stay in a hotel for a ten-day quarantine as cases of the virus rocket there.

Downing Street have said the red list of travel ban countries is kept under constant review.

Boris Johnson is set to visit India later this month but the trip will be shorter than the initial four-day visit. 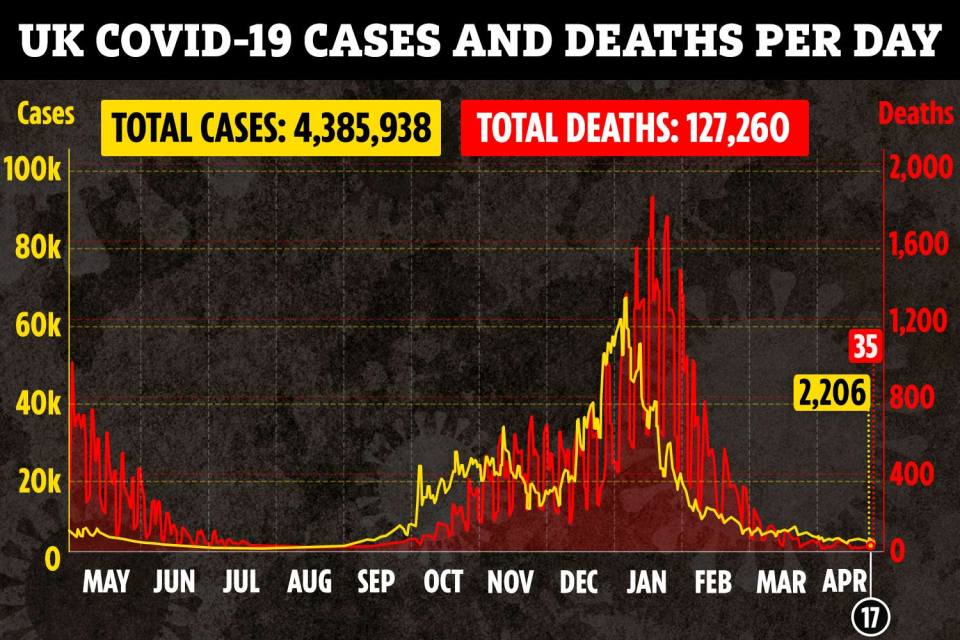