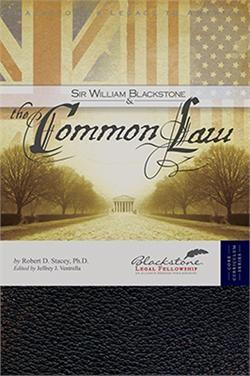 The following article, My Response to College Student Majoring in Journalism and Political Science, was first published on The American Vision.

I received a request for an interview from a college student majoring in journalism and political science who is doing research paper. Here’s some of what she wrote to me:

I just wanted to reach out to your organization because I have noticed that American Vision has written extensively about some of the religious controversies in politics. I am writing a research paper about how religion has shaped southern politics, and I am hoping to touch on Roy Moore’s placement of the Ten commandments at the Alabama Judicial Building in Montgomery, opposition to same-sex marriage, and the HB2 “Bathroom Bill” in North Carolina (and elsewhere) which deals with transgender rights. I was wondering if there is any way someone from American Vision would be willing to be interviewed for my paper to dive deeper into these issues.

I told her that I do not do interviews. Instead, I asked her to send me the questions, and I would respond to her in writing.

It’s not that I don’t trust her, but I’ve had bad experiences in the past with interviews. See my articles “Red Meat Journalism” and “What I Sent to a Reporter at The Atlanta Journal-Constitution about Transgender Bathrooms.”

Moreover, I want to have a record of my comments in case someone refers to the article and takes what I wrote out of context. Also, I’m a teacher. I want to impart knowledge. The best way to do that is in written form with footnotes and other references.

Here the first question and my answer:

Does American Vision feel that the establishment of religion brings the country closer to achieving the American ideals of “life, liberty, and the pursuit of happiness?”

In his Commentary on the Constitution of the United States, Supreme Court Justice Joseph Story (1779–1845) wrote, “Thus, the whole power over the subject of religion was left exclusively to the State governments, to be acted on according to their own sense of justice, and the State Constitutions.” [1] The states insisted on the First Amendment to keep the national government to stay out of the state governments on the question of religion.

Story’s Commentary on the Constitution of the United States clearly shows that the First Amendment was designed to prohibit the federal establishment of a national Church or the official preference of a particular Christian sect over all others. The First Amendment, according to Story, was not designed to disestablish religion in general or the Christian religion in particular at the state level but only to insure that no single Christian sect (denomination) would be established in terms of constitutional preference at the national level:

Probably, at the time of the adoption of the Constitution, and of the … [First Amendment], the general, if not the universal, sentiment in America was, that Christianity ought to receive encouragement from the State, so far as such encouragement was not incompatible with the private rights of conscience, and the freedom of religious worship. An attempt to level all religions, and to make it a matter of state policy to hold all in utter indifference, would have created universal disapprobation, if not universal indignation. [2]

The First Amendment, Story argued, “was not to countenance, much less to advance Mohammedanism [Islam], or Judaism, or infidelity, by prostrating Christianity, but to exclude all rivalry among Christian sects and to prevent any national ecclesiastical establishment which would give to an hierarchy the exclusive patronage of the national government.” [3]

Sir William Blackstone and the Common Law will be an introduction for many to this legal scholar, law professor, attorney, member of Parliament, and judge who shaped the thinking of our founding fathers and, as a result, shaped the content of the Declaration of Independence and the United States Constitution. Blackstone’s genius was in his ability to organize the common law in such a way that it became readable to both lawyers and laymen alike.

Second, if our nation does not begin with an ethical reference point, an unassailable and fixed pou sto,independent of “we the people,” legislative decrees of Congress, or the decisions of five unelected members of the Supreme Court, “the American ideals of ‘life, liberty, and the pursuit of happiness’” cannot be accounted for. This is why the Declaration of Independence maintains that these “American ideals” originate from “our Creator” as specified in the Declaration of Independence:

We hold these truths to be self-evident, that all men are created equal, that they are endowed by their Creator with certain unalienable Rights, that among these are Life, Liberty and the pursuit of Happiness.

The government isn’t the source of these rights. The Creator is as defined by the Declaration as “the Supreme Judge of the world.”

For example, John Adams, the second president of the United States, stated the following:

Our Constitution was made only for a moral and religious People. It is wholly inadequate to the government of any other. [5]

These and other ideals can only be accounted for when we begin with God as Creator and Judge. There is no neutrality. The State’s rejection of God as Creator and Judge does mean there is no religious establishment in the general sense. All governments are fundamentally religious—either autonomously (a law unto themselves: Judges 17:6) or derivatively (governments under God’s government: Rom. 13:1–4). There are no other options.

The overarching question is, “Who is this Creator and Judge?” What we have today is an undefined god. “In God We Trust.” What God? “One Nation Under God?” What God? Today’s God is the deified State.