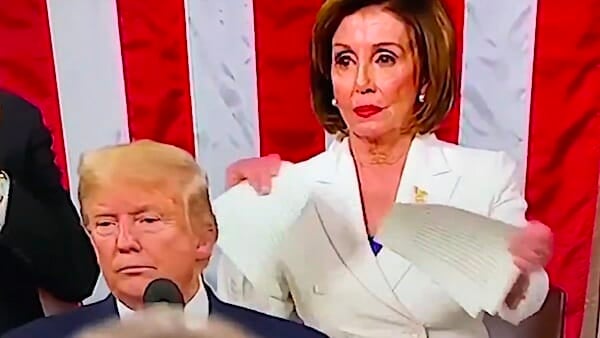 With Republicans now officially able to claim control of the U.S. House of Representatives, having banked at least the 218 seats needed, we can finally write Nancy Pelosi’s political obituary as her high profile tenure as speaker comes to an ignominious end.

No honest obituary should overlook what has happened in the San Francisco district Pelosi represents. Voters there have re-elected her 18 times, apparently uncaring about their city’s gradual descent into the bowels of Hell by transitioning its streets into public bathrooms for the homeless. What the homeless have done to the city, Pelosi, as speaker, has done to the country.

San Francisco’s 12th District voters, represented by Pelosi, 82, for nearly 33 years, have aided and abetted the deterioration of their city. They have empowered her as speaker to wield destructive influence on a national level. The first female speaker of the House (2007-2011), repeating as such later (2017-present), she was the highest ranking female elected official in history until Kamala Harris became vice president. With Republicans taking control of the House, her current tenure ends in January 2023.

Taking one’s eye off the ball comes with a price. And Pelosi’s obituary as speaker shows she took hers off the responsibility of representing the people who put her in office. Tourism statistics reveal that San Francisco is no longer where one wishes to leave their heart. While the pandemic was a primary cause, most likely public defecation by the homeless and rising crime contributed. The former has become so bad that pedestrians obtain poop maps to avoid the human waste deposits.

It should be no surprise that a liberal city like San Francisco embraced the “defund the police” movement, diverting $120 million from law enforcement over a two-year period. The money was redirected to fund initiatives for black Americans in the city. It was intended as “a gesture of reparations for decades of city policymaking that have created or exacerbated deep inequities for San Francisco’s African American residents.” Officials rightfully forewarned that such defunding could cause officers to leave the profession, creating a shortage.

Ironically, the following year the San Francisco mayor who defunded police made an emergency request to replace those funds to crack down on crime and hold criminals accountable for their acts. She explained, “Our compassion cannot be mistaken for weakness or indifference.”

Interestingly, Pelosi never tried to rein in Democrats pushing police defunding. It was only when polls before midterms showed popular support for police funding that Pelosi took a stand. When asked for her response to the defunding encouraged by Rep. Cori Bush, D-Mo., Pelosi paid homage to Bush but not to police, saying, “With all due respect in the world for Cori Bush, that’s not the position of the Democratic Party.”

Across the nation, America has suffered the consequences of a speaker failing to derail the leftist push to defund police. More concerned about the political power of her party than for the lives of American citizens, there is an unknown body count of criminal victims for which Pelosi is responsible. Ironically, her own husband’s body was almost added to that count due to an attack by an illegal immigrant, were it not for the quick reacting police Democrats disdain.

In 2018, Pelosi’s campaign for speaker was questionable since scores of Democrats were elected on an anti-Pelosi platform. But being the cutthroat politician she is, she was able to assemble enough votes while playing the gender card. She pledged then to step down as speaker after the 117th Congress of 2021-2022, perhaps only because she recognized the historic trend of midterm elections changing House control.

However, last September she suggested otherwise when asked about another run for speaker saying she was “not making any comments until this election is finished.”

Despite a lengthy political career that has made her a legend in her own mind, a number of her fellow Democrats will be happy to see her go. “Celebrated day trader” Pelosi was hammered recently by Rep. Abigail Spanberger, D-Va., for a “failure of House leadership” by not imposing a ban on stock trading by lawmakers.

While Pelosi assured her party they would retain the House, she recognized it was unlikely, evidenced by her private meeting with Biden to discuss becoming the U.S. ambassador to Italy should Republicans win control. This says a lot about her persona. Although she could still remain in Congress after surrendering the speaker’s gavel, that would put her on the same level with so many others over which she once ruled. Such a step down is not in her character.

Therefore, it would be surprising should she fail to accept the ambassadorship – a position Biden has left open for her. This is despite her recent assurance she will remain in Congress.

Perhaps one of the most effective teams of a speaker from one party and a president from another occurred when Ronald Reagan was president (1981-1989). The speaker was Rep. Tip O’Neill, D-Mass., who so served for 10 years (1977-1987). While the two had their share of disagreements, it was their personal friendship that forged a sound working relationship in pursuit of the country’s best interests – interests Pelosi as speaker failed to similarly pursue.

Unlike O’Neill’s tenure as speaker, history will show that Pelosi never put the best interests of the country above her party. Her departure as speaker will mark a good day for America.