The US Navy remains hush-hush about the sinking of a small secretive vessel testing high-tech equipment.

“Due to the experimental nature of the technology coupled with OSPEC concerns, we are unable to provide any further details nor specifics of the incident,” Naval Safety Command spokeswoman Priscilla Kirsch said in an email to Navy Times.

The sinking occurred on Dec. 7, 2021. Information about the vessel’s name and what type of technology was outfitted on the boat has been shielded from the public. The service noted that the incident occurred while the boat was moored at an undisclosed area. It gave no reason why the vessel sunk, though it said damages amounted to $2.5 million.

Even though the Navy released limited, months before the incident, a small mysterious stealth boat was spotted in a boatyard in Gulfport, Mississippi, known for the high-tech manufacturing of vessels for US Special Forces.

Could this be the vessel? 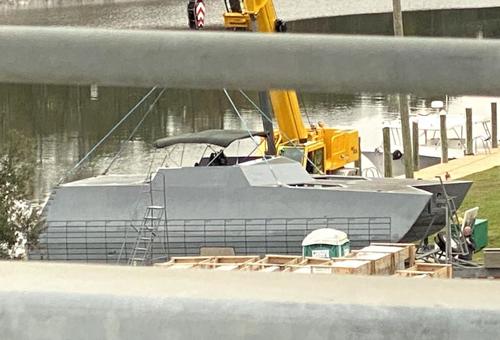 Still, the type of vessel that sunk is shrouded in secrecy by the service.