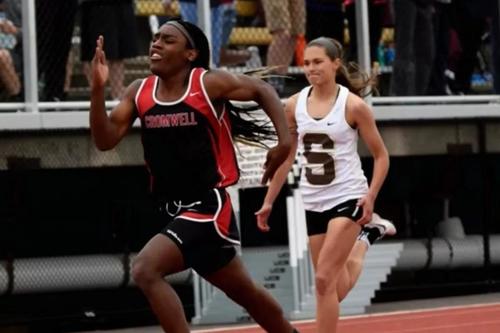 Intended to protect women and girls from both predators and unfair competition, the bill would also clarify the word “sex” in Title IX as “sex determined solely by a person’s reproductive biology and genetics at birth,” according to the Daily Caller, which obtained an advance copy of the bill.

The Daily Caller first obtained a copy of the legislation which is titled the Safety and Opportunity for Girls Act. Miller, who has five daughters herself, decided to put the bill together after President Joe Biden signed an Executive Order to interpret Title IX as requiring schools to allow access to sex-segregated spaces and activities based on gender identity on his first day in office.

Biden’s executive order specifically mentions restrooms, locker rooms and sports in schools would be targeted. Girls would no longer have spaces to change their clothes or go to the bathroom, as biological males would have access to their spaces. Miller’s bill also focuses on women’s sports and how it is unfair for a biological male to compete against a biological female. –Daily Caller

“Democrats continue to push radical gender ideology on our children, and we must draw the line to protect women and girls. On his first day in office, President Joe Biden signed an Executive Order to interpret Title IX as requiring schools to allow access to sex-segregated spaces and activities based on gender identity. But Title IX was created to enhance athletic opportunities for women, not threaten their safety. This is why I’m sponsoring the Safety and Opportunity for Girls Act,” said Miller, who told the Caller that women could be put at risk by Biden’s Executive Order.