A NEW Covid sub-variant has been detected in the US and UK, experts have warned.

Dubbed BA.4.6, the new strain has sparked fears of a new wave as temperatures cool and winter approaches.

Scientists in China said BA.4.6 is a descendant of the BA.4 variant of Omicron – the milder of the Covid variants – which is currently the dominant strain in the UK.

According to the UK Health Security Agency (UKHSA), the new sub-strain now makes up 9 per cent of all cases – up from 3.3 per cent of cases in the week beginning August 14.

Meanwhile, in the US, BA.4.6 also accounts for 9 per cent of cases, according to the Centers for Disease Control and Prevention (CDC) – and has been detected in other countries across the world.

But, experts have been quick to point out the new sub-strain isn’t thought to pose a greater threat. 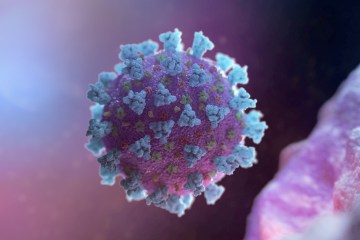 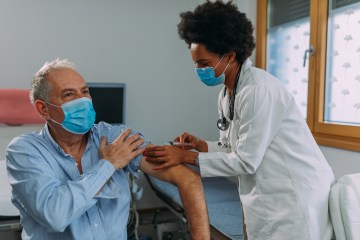 “We would expect this to apply to BA.4.6 too. Indeed, there have been no reports yet that this variant is causing more severe symptoms.”

It comes just days after the World Health Organisation announced that the pandemic is nearly over.

Deaths from Covid around the globe are at the lowest since March 2020 — the month the UK first went into lockdown.

However, Professor Tim Spector, of King’s College London and head of the ZOE Symptom Tracker app, has said that rates of the virus appear to be “creeping up again”.

According to the app, around 1.6 million people in the UK currently have Covid.

This is up significantly from the 1.4 million reported last week.

Scientists are not clear how BA.4.6 emerged, but say it’s possible it could be a recombinant variant.

Recombination is when a person suffers two Covid strains at once, producing a new subvariant.

While similar to the Omicron strains that have gone before it, BA.4.6 carries a mutation of the spike protein known as R346T – which has been associated with immune evasion in past strains.

A team of scientists at Peking University who examined a series of new strains warned: “These sub-variants, especially BA.4.6, exhibit substantial growth advantages compared to BA.4/BA.5.”

The team, who have published their findings in a preprint (meaning it’s not yet been peer-reviewed), added that the sub-strain, “displayed higher humoral immunity evasion capability than BA.4/BA.5”.

The concluded: “Our results rationalise the prevailing advantages of the R346 mutated BA.4/BA.5 sub-variants and urge the close monitoring of these mutants, which could lead to the next wave of the pandemic.”

But, while Omicron strains have proven themselves to be more transmissible, countless studies have found they trigger less severe disease, and are not as deadly.

The emergence of another strain serves as a reminder that vaccination remains the best weapon against Covid-19.

Dr Mohammed, said: “The emergence of BA.4.6 and other new variants is concerning.

“It shows the virus is still very much with us, and is mutating to find new ways to overcome our immune response from vaccination and previous infections.

“Vaccination continues to offer good protection against severe disease, and is still the best weapon we have to fight Covid.”

It comes as the NHS autumn booster campaign ramps up, with millions able to book another booster jab.

Meanwhile, a new study added to the argument to get vaccinated this week, after scientists discovered the risk of developing Alzheimer’s disease almost doubles in older people for up to one-year after having Covid.

The 20 Covid symptoms you need to know

The research, from Case Western Reserve University in the US, found people over 65 are between 50 to 80 per cent more likely to develop the brain disease after catching Covid than those who don’t.

Experts do not know if Covid itself triggers the disease or if the virus just accelerates the onset of Alzheimer’s in people who were always going to develop it.