AN AFFORDABLE blood test that can diagnose a potentially deadly heart disease could be available within a year, scientists have said.

The revolutionary new test, which would set patients back just £50, could help identify those with inflammation of the heart, otherwise known as myocarditis.

In Britain one young person dies suddenly each week due to undiagnosed myocarditis, according to charity Myocarditis UK.

The condition can affect anyone at any age and is usually related to a recent viral infection.

Earlier this year, medics warned that people who catch monkeypox are at risk of developing the deadly heart condition soon after they catch the virus.

The test is based on research published in the journal Circulation, which showed that T-cells – which are a certain type of white blood cells – express a molecule called cMet in the blood, which is an indicator of myocarditis. 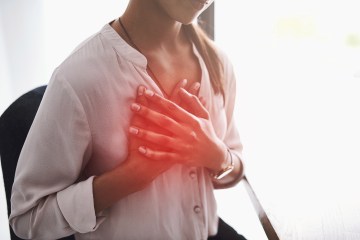 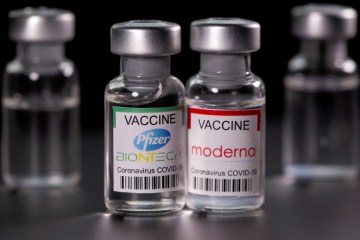 Professor Federica Marelli-Berg, Professor of cardiovascular immunology at Barts Hospital said: “Early intervention is crucial when treating myocarditis as, in some cases, it can be only a matter of weeks between the onset of symptoms and development of heart failure.

“But without a diagnosis doctors can’t offer their patients the right treatment,” she explained.

Prof Frederica added: “We think that this test for myocarditis could be a simple addition to the routine blood tests ordered in doctors’ surgeries.

“When viewed in combination with symptoms, the results could allow GPs to easily determine whether their patients have myocarditis.

“While we still need to confirm these findings in a larger study, we’re hopeful that it won’t be long until this blood test is in regular use,” she said.

Some people with the inflammatory disease have no symptoms, meanwhile in others, it can cause chest pains, palpitations and shortness of breath.

Myocarditis is a difficult condition to diagnose as symptoms are often mistaken for other conditions.

The current gold standard method for diagnosis is a heart biopsy – which is invasive and risky and can sometimes still miss signs of the condition.

For the study, funded by the British Heart Foundation, the researchers compared blood samples from several groups of patients, including 34 diagnosed with myocarditis.

What are the signs and symptoms

The main symptoms to look out for, according to the British Heart Foundation and the Mayo Clinic, are:

he main symptoms to look out for, according to the British Heart Foundation and the Mayo Clinic, are:

The MHRA said anyone who experiences “chest pain, shortness of breath or feelings of having a fast-beating, fluttering, or pounding heart” after a jab should seek urgent medical attention.

Findings showed patients with myocarditis had significantly increased levels of T cells with cMet on their surface compared to other groups, the researchers said.

The team said its work adds to the evidence that myocarditis is an autoimmune condition.

Tests on mice showed that blocking cMet with a widely available drug reduced the severity of their myocarditis – which the researchers also want to investigate further.

Professor Sir Nilesh Samani, medical director at the British Heart Foundation, said: “Myocarditis is a notoriously tricky condition to diagnose and sadly some patients will suffer irreversible damage to their hearts because of the lack of accessible diagnostic tests.

“This blood test could revolutionise the way we diagnose myocarditis, allowing doctors to step in at a much earlier stage to offer treatment and support.”

He added: It would also reduce the need for the risky, invasive tests currently used, saving the NHS time and money and freeing up vital resources.”