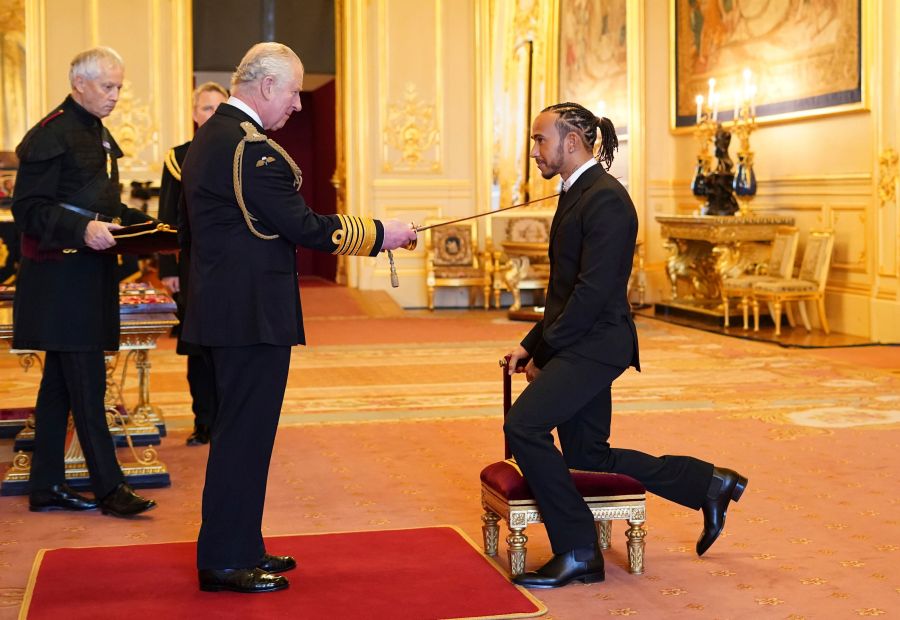 Hamilton was announced as a part of the Broncos Walton-Penner family ownership group on Tuesday.

Hamilton, 37, is a seven-time Formula One World Champion. He is a driver for the Mercedes F1 team and has 103 wins in Formula One, which is more than any other driver.

He was officially knighted from the Prince of Wales at Windsor Castle in December of 2021.

Hamilton was knighted by the Prince of Wales, becoming just the fourth F1 driver to receive the honor after Sir Jackie Stewart in 2001, Sir Stirling Moss in 2000, and Sir Jack Brabham in 1979, according to ESPN.

The knight said he is excited for the new opportunity with the Broncos.

“Excited to join an incredible group of owners and become a part of the Broncos story!! Honoured to work with a world class team and serve as an example of the value of more diverse leadership across all sports,” Hamilton shared on Twitter.

Hamilton and Broncos quarterback, Russell Wilson have even been seen at the F1 track together before:

Hamilton is also known for his unique fashion sense:

In 2008, Queen Elizabeth congratulated Hamilton on becoming the youngest Formula One World Champion.

“I send you my warmest congratulations on your remarkable and historic achievement,” the queen said.

Hamilton also formed a group called “The Hamilton Commission” which is aimed at improving representation of Black people in UK motorsports.

“I am proud to have published The Hamilton Commission report, Accelerating Change: Improving Representation of Black People in UK Motorsport, alongside The Royal Academy of Engineering. Through this report, I feel that we have a clearer understanding of what is preventing the motorsport industry from being truly representative. I am committed to turning these recommendations into action and making real, lasting change for the better,” Hamilton said.

The Hamilton Commission report was published after 10 months of research.

​ The Denver Broncos newest ownership group now has a royal as a member: Sir Lewis Hamilton.

2 hours ago
Generated by Feedzy