Six people have died as a result of Sunday’s attack at a Christmas parade in Waukesha, Wisconsin. A familiar NFL star and Wisconsin native has now offered a gesture to help the families of those victims as they heal.

“J.J. Watt is covering the funeral costs for everyone that lost their life in the Waukesha Christmas Parade,” Wisconsin journalist Cory Jennerjohn wrote on Twitter. “That is an amazing gesture. He has such a huge heart.”

J.J. Watt is covering the funeral costs for everyone that lost their life in the Waukesha Christmas Parade. That is an amazing gesture. He has such a huge heart.

Watt was born in Waukesha and played football at Pewaukee High School, Fox News reported. He later attended the University of Wisconsin, where he grew into a star defensive end who would eventually become a first-round NFL draft pick.

On the field, Watt has found plenty of success for himself. He is a five-time Pro Bowl selection and the only player in NFL history to record 20 or more sacks in multiple seasons, Arizona Sports reported.

With that said, Watt is almost as well-known for his achievements off the field. According to Bleacher Report, he won the Walter Payton Man of the Year Award, which is given to one player annually for excellence both on and off the field, for the 2017-18 season.

Following Hurricane Harvey in 2017, Watt raised $37 million for the victims of the storm, Bleacher Report noted. After he won the award, he said charitable work was even more important to him than his football career.

After the attack occurred, Watt posted a message of encouragement on Twitter to anyone who was affected by the tragedy.

“Just now seeing what happened at the holiday parade back home in Waukesha tonight,” he said. “Horrific images. Truly hoping everyone is going to be ok and those not involved are now safe. Thankful to everyone who rushed to action and helped the wounded.”

Just now seeing what happened at the holiday parade back home in Waukesha tonight.

Truly hoping everyone is going to be ok and those not involved are now safe.

Thankful to everyone who rushed to action and helped the wounded.

While every unnecessary loss of human life is tragic, Sunday’s massacre was particularly heartbreaking due to the circumstances. In a statement posted to Twitter by WDJT reporter Kristen Barbaresi, the Milwaukee County district attorney said the suspect, Darrell Brooks, should never have been on the streets that day.

On Nov. 11, 2021, Brooks paid a $1,000 bail for charges including reckless endangerment, battery, obstruction of an officer and felony bail jumping. Just months before, he posted a $500 bail stemming from separate charges after the original price of $10,000 was lowered because the state was unable to provide a speedy trial.

Given that history, the DA said the $1,000 bail posted on Nov. 11 was “inappropriately light.”

BREAKING: The Milwaukee Co. District Attorney says Waukesha suspect Darrell Brooks should not have been released on such a low cash bond earlier this month. They are conducting an internal review.#Waukesha #waukeshaChristmasParade pic.twitter.com/GmUNOkwLpg

Sadly, this failure at the state government level led to six unnecessary deaths. While the pain their families feel will take much time to subside, Watt’s gesture is a great way to help start that healing process.

Lawlessness in America: The 'progressive' culture of death 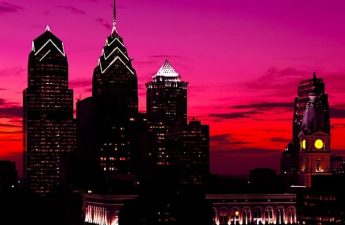 View all posts by Grant Atkinson →