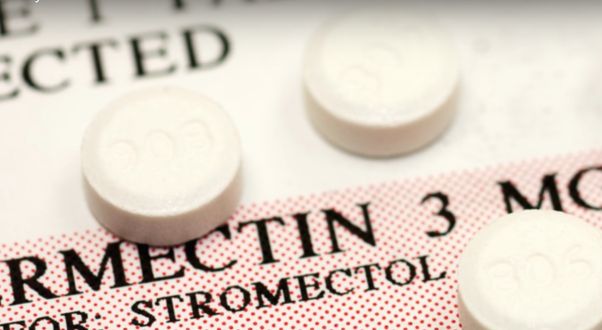 The Food and Drug Administration has joined media in mocking users of ivermectin, but the antiviral drug is featured on the National Institutes of Health website as a treatment for COVID-19.

In fact, ivermectin is the second drug listed — under the highly touted, expensive COVID-19 drug with many side effects, remdesivir — on an NIH page titled “Antiviral Agents That Are Approved or Under Evaluation for the Treatment of COVID-19.”

Ivermectin has not been approved as a COVID-19 treatment. But it has been used off-label — as are 10% to 20% of all prescribed drugs — for COVID-19 patients. And it has been shown to be effective in an least 65 controlled studies and 32 randomized controlled trials as a preventative and early- and late-stage treatment. Studies have demonstrated its ability to inhibit the replication of SARS-CoV-2 as well as its strong anti-inflammatory properties.

But the drug recently was the target of a media and government disinformation campaign, dismissing it disingenuously as “horse dewormer.” The FDA’s official Twitter account posted a caption above a photo of a horse: “You are not a horse. You are not a cow. Seriously, y’all. Stop it.”

NIH points out on its “antiviral agents” page that among the serious side effects seen in patients who take remdesivir are severe renal failure and liver damage. Ivermectin, on the other hand, is “generally well tolerated.”

Remdesivir is currently the only drug with full FDA approval to treat COVID-19. Merck, the producer of ivermectin, applied earlier this month for emergency use authorization for a new COVID-19 treatment called molnupirivar. The federal government already has a $1.2 billion contract with Merck to buy molnupiravir at $700 per 10-pill course. Remdesivir costs  $2,340 for a five-day course.

Ivermectin has a better safety record than several vitamins, with an average of only 160 adverse events reported every year.

The side effects observed, according to the NIH, include “dizziness”; “pruritis,” which is an irritating sensation that creates an urge to scratch; nausea and diarrhea. The NIH said unspecified “neurological” adverse effects have been seen in the treatment of parasitic disease, but it’s unclear if they are connected to the drug or to the underlying conditions.

Ivermectin, whose inventors won a Nobel Prize, has been safely administered several billion times around the world, virtually eradicating diseases such as river blindness in Africa.

Dr. Bryan Ardis recently drew attention to ivermectin’s status on the NIH website in an interview on the Canadian podcast “Live with Laura-Lynn.”

In September, more than 8,600 scientists and physicians from around the world signed a declaration condemning public policy makers of “crimes against humanity” for restricting life-saving treatments such as ivermectin and hydroxychloroquine while quashing debate and scientific inquiry.