Since its inception in March of 2016, the Babylon Bee has made a name for itself as the most hilarious satire website in the known universe – cranking out headlines that would fool only the most abject of morons with no inner monologue, while making the rest of us spit coffee all over our screens. 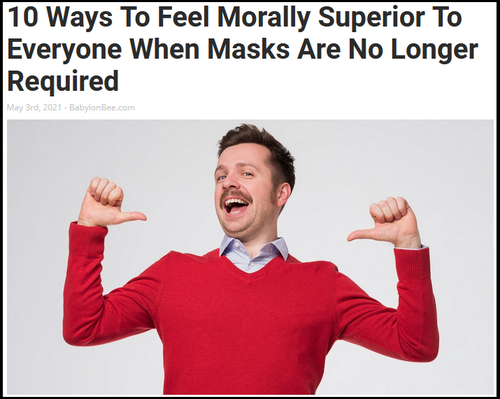 As the site has risen in popularity (with an estimated 5 million visits per month), liberal ‘fact checkers’ began smearing the Bee by fact checking obvious satire.

Editor in Chief Kyle Mann responded to one example of this malarkey in an August 2019 Wall Street Journal Op-Ed, after ‘fact checking’ website Snopes (founded by an alleged embezzler who left his wife for an actual whore) ‘debunked‘ an satirical take on a false claim by Georgia state Rep. Erica Thomas, who claimed that a white man in a supermarket told her to “go back to where you came from,” only to have a witness later say that never happened. 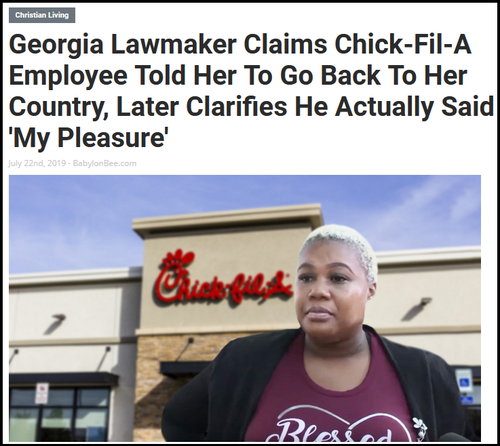 And here’s the galaxy brains at Snopes ‘debunking’ it: 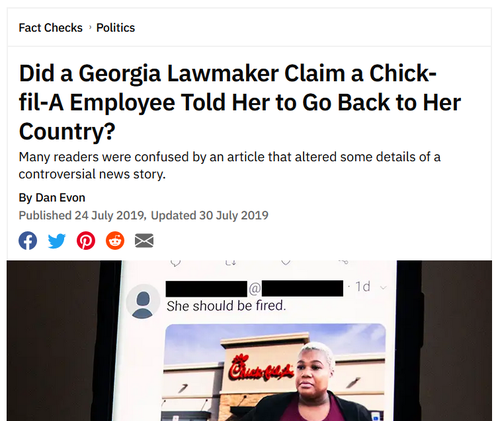 According to Mann, “Snopes knew this was a joke but questioned our “brand” of satire. The website called us “junk news” and a “ruse.” It accused us of intentionally “muddying the details” of a current event to “fool” people.” After some legal pressure, “The scolds at Snopes seemed to comply and removed the worst bits from their piece. But they then rolled out a new rating, “Labeled Satire,” which is meant to suggest that we are somehow making jokes in bad faith.”

The left’s war on Babylon Bee has continued. In April, Facebook penalized the site for “coordinating harm and promoting crime” after they published a clearly satirical “Guide To Being Prepared For Rioting.” 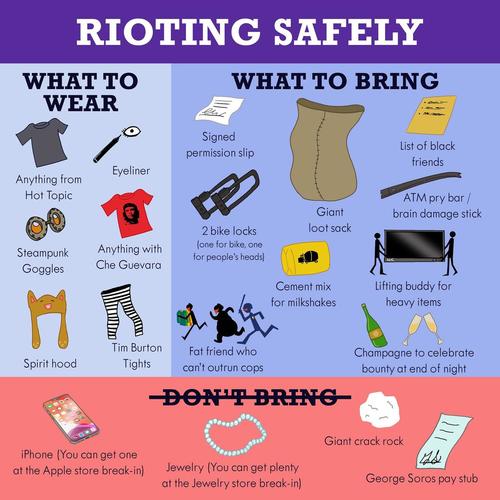 Facebook is penalizing @TheBabylonBee for “coordinating harm and promoting crime” for our satirical post MAKING FUN OF THOSE WHO RIOT. We appealed the decision but were told it was unlikely we’d receive a response. pic.twitter.com/yITSX2h4Va

And now, the New York Times –  which actively reported Russia collusion conspiracy theories for three years – has joined the fray called the Bee a “far-right misinformation site” that “sometimes trafficked in misinformation under the guise of satire.”

Bee owner Seth Dillon responded to the incident in a lengthy Twitter thread that makes clear that for the Bee, defamation is no joking matter (please clap).

I commented on the original version of the article in this thread. https://t.co/lv0eYo6NzK

The update was no better than the original. We have not, in fact, feuded with Snopes as to whether we publish satire or misinformation. Snopes retracted that insinuation with an editors’ note saying it was never their intent to call our motives into question. pic.twitter.com/3s5lw9HyCw

These mischaracterizations from the Times are nothing new. Previously, Times reporter Kevin Roose wrote a defamatory piece that claimed we “capitalize on confusion” and that we have a “habit of skirting the line between misinformation and satire,” whatever that means.

For better or worse, the NY Times is considered a “reliable source.” We cannot stand idly by as they act with malice to misrepresent us in ways that jeopardize our business.

If the Times refuses to correct their reporting, the Babylon Bee and their lawyers may entertain even more us by kicking their ass in court.