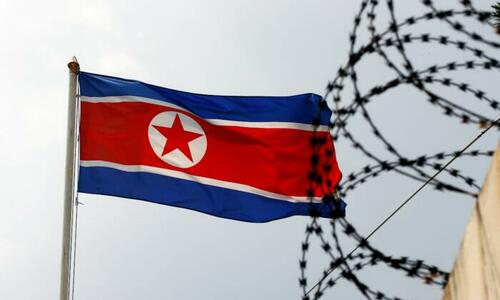 A resident of the northwestern city of Pyongsong said on Jan. 31 that a dance instructor, who appears to be in her 30s, was caught teaching “foreign-style disco dances” to teenage students in Yangji-dong of Pyongsong City.

In North Korea, anyone caught with large amounts of media from South Korea or the United States could face a life sentence or even a death penalty under the Elimination of Reactionary Thought and Culture Act enacted in December 2020.

While enforcement of the law is often lenient around Seollal, which refers to the Korean Lunar New Year, the Anti-Socialism Inspection Group has been particularly active in operating clampdowns this year, according to a source.

“The Anti-Socialism Inspection Group, a joint operation of the State Security Department and the police, has been intensively cracking down on people for watching South Korean movies and distributing foreign media,” the resident told RFA.

The source, who was speaking on the condition of anonymity, claimed that officers from the Anti-Socialism Inspection Group monitored the dance tutor’s residence in plain clothes for two days before conducting a raid.

“At the scene of the crackdown on the dance instructor that day, a USB flash drive containing foreign songs and dance videos had been plugged in, next to the flatscreen TV,” the source said, adding that the flash drive was also seized during the raid. 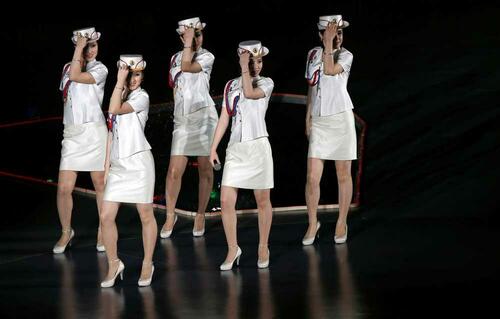 In this May 11, 2016, file photo, members of the Moranbong Band, North Korea’s most popular all-female pop group formed by leader Kim Jong Un, perform during a concert where high level officials, diplomats and foreign journalists were invited to watch, as part of celebrations on the conclusion of the ruling party congress in Pyongyang, North Korea.

The dance instructor is believed to have been working at Okchon high school in Pyongsong with a monthly salary of 3,000 won ($2.50), before deciding to open a private dance academy in her house for middle and high school students.

According to another source, the dance tutor charges around $10 per hour for a twice-weekly dance class. Most of her students come from wealthy families, which are often spared harsh punishment for minor transgressions.

“However, since the Central Committee has ordered that those who violate the Elimination of Reactionary Thought and Culture Act be severely punished regardless of their rank or class, the foreign dance instructor and students caught this time will not be spared from hard labor,” the source said.

“Their parents are also likely to be punished by being forced to leave the party.”