Not ‘The Onion’! Nancy Pelosi Claims Border Situation Has Improved Under Biden

Speaker of the House Nancy Pelosi told reporters Wednesday that the situation at the border has improved since Joe Biden took office and that it is now on a “good path”. 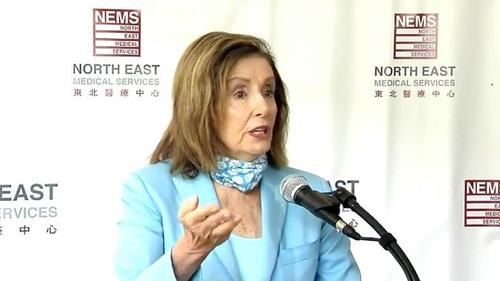 “The fact is that we’re on a good path at the border under the leadership of President Biden … we were in a very bad situation under the Trump administration,” Pelosi proclaimed:

Even the White House has admitted there is a humanitarian crisis on the border. What is good about that?

There are now over 17,000 unaccompanied migrant children in facilities that are only equipped to hold a few hundred.

The conditions are squalid, with illegals packed in together sleeping on concrete floors.

Many are suffering from diseases, including Covid.

The Cartels are engaged in people trafficking, and footage has emerged of babies being thrown over the border fences.

Women and children are being sexually abused as they attempt to cross the border, both by the traffickers and by other migrants.

But thank goodness Trump is out and Biden is in.

[ZH: At time of publication this “good news” headline hit: *MIGRANT APPREHENSIONS AT SOUTHWEST BORDER UP 71% FROM FEBRUARY]