Much to President Biden’s relief, the US-led effort to reform the international corporate tax code appears to be moving along even more quickly than some critics had anticipated, although there’s still room for the deal to fail.

After Ireland told the FT yesterday that it had signed on to the OECD tax plan by agreeing to raise its headline minimum corporate tax rate to 15% from  12.5% (on the condition that smaller, domestic companies are allowed to keep the lower rates), Hungary and Estonia, the two remaining EU holdouts apparently also decided to join the deal. 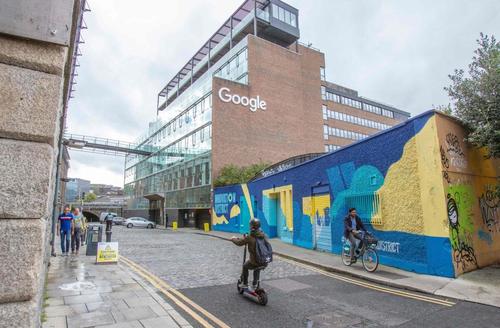 With the EU united, the OECD decided to announced Friday that 136 of its 140 members had agreed to the new tax deal.

Still, 4 OECD member states – Kenya, Nigeria, Pakistan and Sri Lanka – haven’t yet signed on to the program. But 136 members out of 140 still gives the OECD an overwhelming majority, making the new tax framework a slam dunk. Though, keep in mind, for these changes to take effect, many legislatures, including the US Congress, will need to agree on it.

The so-called “two pillar” solution relies on the US allowing foreign governments to take a bigger piece of the multinational tax pie generated by America’s largest tech companies, opening American tech giants to pay taxes in jurisdictions “where they operate but aren’t necessarily based.”

Here’s more on Phase 1 and Phase 2 from the OECD’s press release:

Under Pillar One, taxing rights on more than USD 125 billion of profit are expected to be reallocated to market jurisdictions each year. Developing country revenue gains are expected to be greater than those in more advanced economies, as a proportion of existing revenues.

Pillar Two introduces a global minimum corporate tax rate set at 15%. The new minimum tax rate will apply to companies with revenue above EUR 750 million and is estimated to generate around USD 150 billion in additional global tax revenues annually. Further benefits will also arise from the stabilisation of the international tax system and the increased tax certainty for taxpayers and tax administrations.

“This is a major victory for effective and balanced multilateralism. It is a far-reaching agreement which ensures our international tax system is fit for purpose in a digitalized and globalised world economy. We must now work swiftly and diligently to ensure the effective implementation of this major reform,” Secretary-General Cormann said.

Here’s how things will work going forward: the 136 members who agreed to the deal plan to make it official in 2022, and expect the implementation date won’t be until 2023. The convention is already under development and will be the vehicle for implementation of the newly agreed taxing right under Pillar One, as well as for the standstill and removal provisions in relation to all existing Digital Service Taxes and other similar relevant unilateral measures. At least one key member has voiced a concern about the timing, with Switerzland saying it simply won’t be able to implement the new rules by 2023.

Per the OECD, the second pillar of the deal includes many provisions that enticed dozens of emerging economies to sign on to the deal (payments will take the form of taxes on big tech).

Assuming it’s implemented, the deal will divide existing tax revenues in a way that favors countries where users and customers are based, not where the company operates.

The measure was first proposed by the Biden Administration, where Treasury Sec. Janet Yellen was charged with sheparding the deal through the OECD. Ultimately, the deal hopes to dissuade companies from relocating to “cheaper” jurisdictions by creating a uniform system of taxes that would disincentivize manufacturers to constantly in search of cheaper labor.

The final deal is expected to be approved by G-20 leaders during an upcoming meeting Rome at the end of this month. After this agreement, all the signatories will need to change their national laws and amend international treaties to incorporate the changes to the international tax code into their own laws.

Higher taxes are expected to earn European countries more than  $150 billion a year in revenues for the 136 member states who have agreed to the framework.