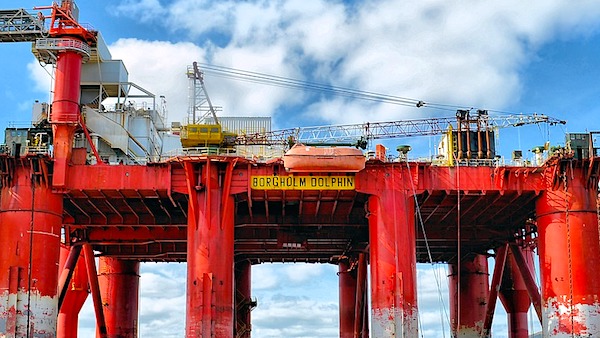 (Image by A Quinn from Pixabay)

Several oil and gas companies have cut production at facilities in the Gulf of Mexico as Hurricane Ian moves North, Reuters reported Monday.

British Petroleum, Plc. announced that they had suspended operations at their Na Kika and Thunder Horse offshore extraction platforms, which account for a total of 380,000 barrels of oil per day (bpd) and 750 million cubic feet of gas per day (cf/d), according to Reuters. Similarly, the Chevron Corporation stated that it had evacuated personnel from its ‘Petronius’ and ‘Blind Faith’ platforms, which together account for 105,000 bpd and 90 million cf/d.

Both BP and Chevron are among the supermajors, i.e., the world’s seven largest publicly traded oil and gas companies, whose levels of daily production may significantly impact the price of both commodities. Smaller companies, such as Occidental Petroleum and Hess, said that they were “implementing measures” for facilities in the Gulf of Mexico.

Hurricane Ian is a category-3 tropical storm that became active on Sept. 19. Currently moving through the Gulf of Mexico towards the Florida peninsula, the storm is expected to make landfall on Wednesday evening in Charlotte Harbor, south of Tampa, Florida, according to Kevin Guthrie, director for the Florida Division of Emergency Management, and CBS News.

A thread on the 11am update on Hurricane #Ian from @NHC_Atlantic:
The well-defined eye of Ian emerged off the coast of western Cuba about an hour ago, with a maximum sustained wind speed of 100kt/115mph — a category three hurricane.
(1/5) pic.twitter.com/hdq78b5pE9

The storm is expected to impact large regions of the Southeastern United States, as far north as Norfolk, Virginia, and West as Biloxi, Mississippi. Areas where the storm will make landfall are expected to have water levels as high as 12 feet, along with heavy winds and rain, according to the National Oceanic and Atmospheric Administration (NOAA).

Even as personnel are evacuated, the platforms themselves will remain stationary in their offshore locations, potentially exposing them to damage common after Hurricanes, per a National Ocean Industries Association fact sheet. It is unclear when they will be operational again, and neither company has provided a timeline for workers’ return to the platforms.

However, the storm has not led to the closures of most extraction platforms in the gulf, which are located in the central gulf regions. Royal Dutch Shell, Plc, another supermajor, told Reuters that Ian has had “no impact on its operations.”

Energy prices increased Tuesday, with the Brent Crude benchmark index of oil futures prices rising to $85.85 per barrel from $83.94 the day before, while the price of natural gas fell to $6.82 per one million British thermal units (MMBtu) from $7.11 earlier that day.

BP referred the Daily Caller News Foundation to a press release, stating that it was “working to redeploy personnel” to its Gulf of Mexico assets, while Chevron did not immediately respond to the DCNF’s request for comment.