In 2001, Gary Schultz was Penn State’s senior vice president for finance and business when he was told that assistant football coach Jerry Sandusky had sexually assaulted a boy in the school’s locker room shower.

But neither he nor any other Penn State administrators who were told about the incident reported it to law enforcement, childcare, or youth services. 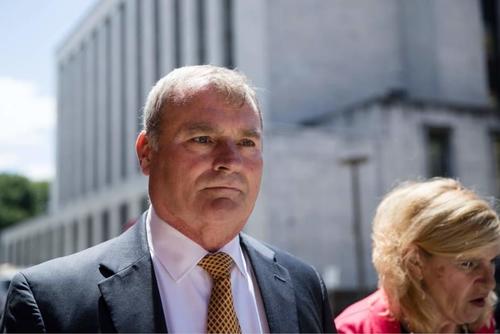 Schultz was charged with perjury and failing to report to authorities allegations of sexual contact with a minor. However, he retired from Penn State and collected a $330,699 annual pension.

He plead guilty to endangering the welfare of children in March 2017, was sent to jail and released in September 2017.

Schultz was given a six-to-23-month sentence, with only the first two months in jail and the remainder on house arrest, followed by probation.

While Pennsylvania has a pension forfeiture law that strips pensions from public employees convicted of job-related crimes, Schultz’s crime fell between the cracks, allowing him to continue collecting his $330,669 yearly pension.

Sandusky is serving a 30-60-year prison sentence after his conviction on 45 counts of sexually abusing young boys from 1994 to 2009 through the charity he founded, The Second Mile, to serve Pennsylvania’s underprivileged and at-risk youth.

Sandusky “retired” and received a $58,600 public pension – that continues to this day.