On Wednesday, President Biden told US troops stationed in the UK that the Joint Chiefs told him “the greatest threat facing America” is “global warming” – a curious pivot from “white supremacy.”

Sooo…. White Supremacy was the biggest problem in America up until Hunter said the n-word.

Now we’re back to climate change… got it.

On day later, the Chairman of the Joint Chiefs ‘corrected’ Biden, asserting instead that the biggest threats facing the US are China and Russia, according to US News, (and who allegedly had a big role in scamming half of pandemic unemployment funds to the tune of hundreds of billions of dollars). 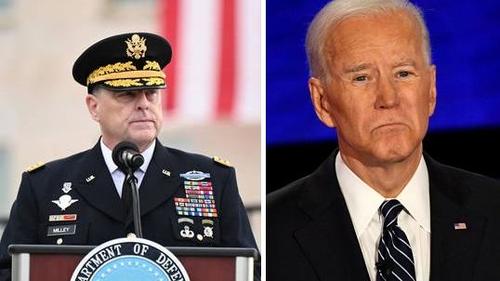 “Climate change does impact, but the president is looking at a much broader angle than I am,” Army Gen. Mark Milley, the chairman of the Joint Chiefs of Staff, told a congressional panel Thursday morning in response to a question by Sen. Kevin Cramer (R-ND) “I’m looking at it from a strictly military standpoint. And from a strictly military standpoint, I’m putting China, Russia up there.”

Milley then backpedaled a bit, saying “Climate change is a threat. Climate change has a significant impact on military operations, and we have to take that into consideration.”

When asked how his assessment that Russia and China pose the biggest threats, Milley said “This is not, however, in conflict with the acknowledgement that climate change or infrastructure or education systems– national security has a broad angle to it. I’m looking at it from a strictly military standpoint.” 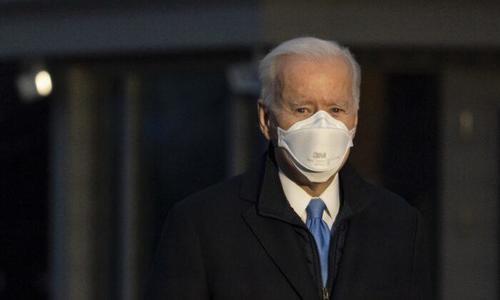 On Wednesday, Biden spoke to US forces at Royal Air Force Base Mildenhall, where he recounted an alleged discussion which took place while he was Vice President with the Joint Chiefs in their cloistered “tank” meeting room at the Pentagon.

“This is not a joke. You know what the Joint Chiefs told us the greatest threat facing America was? Global warming,” he claimed.

BIDEN: “This is not a joke. You what the Joint Chiefs told us the greatest threat facing America was? Global warming.” pic.twitter.com/apH7RtQWft