The Federal Reserve and other central banks around the world have pumped trillions of dollars into the global economy and depressed interest rates to artificially low levels to blow up the mother of all bubbles. In his podcast, Peter Schiff explained how the recent acquisition of Afterpay by Square reveals the extent of this global bubble economy that will inevitably have to pop.

Square paid $29 billion in an all-stock deal to purchase payment processor Afterpay. It was the biggest corporate takeover in Australian history.

Shares of Square rose 10% on the deal. As Peter noted, this isn’t typical. Normally, when a company buys another company at a premium and issues a bunch of stock, the acquiring company’s stock price drops.

But not in today’s crazy bubble world. In this bizarro world, the acquiring company goes up.”

Peter said Square overpaid for a company that he doesn’t think has much value whatsoever.

Afterpay is touted as an alternative to a credit card. When you buy something using Afterpay at a participating retailer, you only have to pay 25% at the point of sale. You then make three more payments to Afterpay over a six-week time period. In effect, the consumer gets a six-week interest-free loan.

Afterpay has been viewed as a big competitor for traditional credit card companies, but Peter pointed out this really isn’t the case.

Everybody, or most of the people, who are using Afterpay, are using their credit cards to pay Afterpay. All Afterpay is is another middleman that is getting in the way between the transaction.”

Afterpay generates revenue by charging merchants between 4 and 6% for every sale. Visa and Mastercard typically charge about 2%.

But where does Afterpay get the money to pay the merchants for that initial transaction? The answer is they’re borrowing it. In effect, they’re taking advantage of central bank monetary policy.

Their entire business model is to take advantage of extremely cheap interest rates to borrow money and to pay merchants so that the people who are buying the products can get a six-week interest-free loan.”

And this entire business model would not exist and could not exist but for the Federal Reserve and the other central banks around the world.

All of the banks artificially suppressing interest rates are temporarily creating an environment where this company can exist.”

Even while enjoying the advantage of this global loose monetary policy, Afterpay still can’t make any money. Over the last 12 months, the company lost $63 million. Meanwhile, Square’s stock is inflated by the same bubble.

The ticking time bomb for this business model is what happens when interest rates go up.

If they can’t make money now in this booming environment when they’re signing up all these people and you have rock-bottom interest rates, if they’re losing money now, imagine how much more money they’re going to lose when interest rates go up. So, this company has a short shelf life. It is going to exist so long as the bubble doesn’t pop. But eventually, it’s going to deflate.” 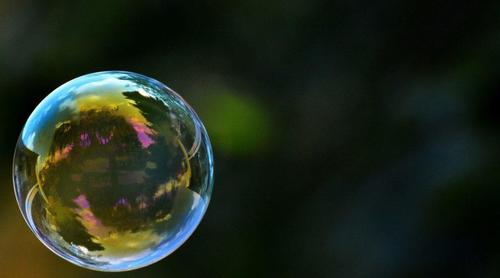 Peter said this is an example of a massive misallocation of resources. Afterpay doesn’t produce anything. It’s nothing more than a middleman attempting to further monetize retail sales. These aren’t loans financing investments that ultimately lead to more goods and services. It’s just a clever way to delay paying for goods and services.

So, this is simply part of this inflationary bubble, this big misallocation of resources that is going to have to unwind. This is going to be very painful when this thing collapses and all these companies have to be liquidated, all these workers have to lose their jobs, all this money that was invested ends up getting lost. But the entire world is rendered much poorer as a result because all of this money could have gone to more productive purposes. And would have gone to more productive purposes but for the artificially low interest rates and the inflationary environment created by the world’s central banks. They are the reason that these companies exist. They are the reason that these companies are attracting capital. They are the reason that they are able to bid away resources and labor from other uses that are actually more productive. But in the short-run, in this bubble economy, it is more profitable on paper to finance this speculative mania than it would be to finance legitimate investment, which is simply fueling this inflationary fire because all we’re doing is focusing on demand.”

We’re increasing demand and depleting supply. All of the resources used to accelerate demand are being sucked out of producing supply.

So, we’re making less stuff to buy, but we’re creating more money and more demand to buy it. So, this is inflationary holocaust. This is what’s coming.”

This is the mother-of-all bubbles. And it’s difficult to look at the inflationary snowball rolling downhill and somehow conclude this is all transitory.