Mainstream pundits sometimes accuse Peter Schiff of being a “stopped clock.” They admit he’s right occasionally, but only by virtue of sticking to the same narrative, talking about the malinvestments and misallocations in the economy and warning about an impending crisis. In this clip from his podcast, Peter said it’s the mainstream regulars on financial networks like CNBC who are the real stopped clocks. 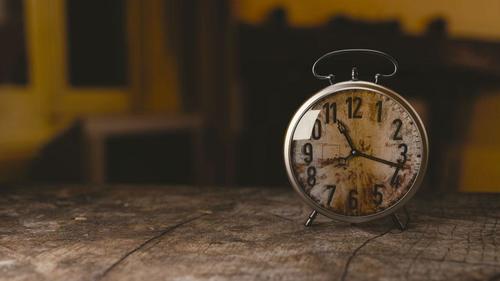 Peter said you can never count on mainstream “financial experts” to warn you about an impending crisis.

It is never going to happen. That is impossible. They do not understand the problems that underlie the economy. They don’t understand the damage that is being done by Fed policy. In fact, these guys believe everything the Fed says.”

In the leadup to the 2008 financial crisis, the so-called experts all believed Ben Bernanke when he insisted everything was fine and subprime was contained. They mocked people like Peter who were warning that the Fed was wrong.

At this point, they don’t even have people like me on, so there’s nobody left to laugh at.”

Since you’re never going to get warnings from the perma-bulls on CNBC, they are the stopped clocks.

They always want to say, well, the reason I was able to predict the 2008 financial crisis was because I’m always predicting a crisis, and therefore, I’m a stopped clock. And therefore, I’m eventually bound to be right — at least twice a day — and so I guess the second time I’m going to be right is on the next crisis. But because I understand the dynamics at play, because I understand the malinvestments and the problems that have resulted from monetary policy and artificially low interest rates doesn’t mean I’m a stopped clock. All it means is I’m able to see these problems and warn about them in advance.”

Peter pointed out there is really no way to know exactly when you’ll hit the boiling point and the whole thing blows up.

You don’t know. How many straws can we pile on this camel’s back before the camel breaks? We don’t know. I don’t know how many. I just know that if we keep putting them on there, eventually it’s going to happen. The stopped clocks don’t see it. They don’t see the problem. And so that’s why they’re always bullish.”

When things do blow up, the mainstream pundits call the people who predicted it “stopped clocks” and claim no legitimate forecaster or economist could have possibly seen it coming.

Peter said the problem is the mainstream doesn’t get the impact of Fed policy on the economy, and they fail to see that it’s the monetary policy the keeps inflating the bubbles that lead to crises.

Whenever the Fed’s bubbles pop, they simply return to the very monetary policy that inflated them in the first place, and then inflate an even bigger bubble, creating an even bigger problem, which will only manifest itself when the bigger bubble pops. But the so-called experts never recognize this. They don’t understand the damage that the Fed is doing. They still think the Fed is putting out fires. They don’t realize that the Fed is lighting the very fires that they’re claiming credit for putting out. But they never put them out, right? Because they’re pouring gasoline on them, not water. So, they always come back bigger than ever.”