For months, the markets have responded to inflationary pressures by piling into dollars and selling gold. They’ve taken this counterintuitive approach because they believe the Fed will tighten monetary policy to fight inflation sooner rather than later. But we’re starting to see a shift in sentiment. As Peter Schiff explains in a recent podcast, traders seem to be realizing that inflation might be here to stay, and that is bullish for gold and bearish for the dollar. 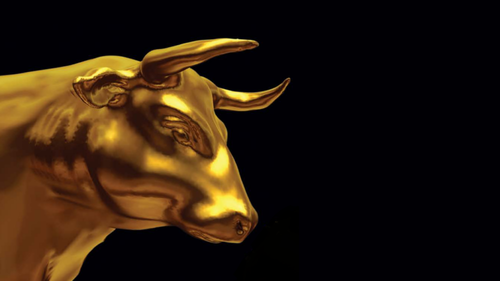 Last month, we started to see a rotation in the stock market with investors moving out of the “hyped up, overvalued” momentum stocks into more traditional value-oriented, dividend-paying stocks that are considered better inflationary hedges. The NASDAQ was the only index down on the month. The Dow up about 2% in May while the NASDAQ saw its biggest decline since last October.

The reason that you saw weakness in the NASDAQ and strength in the Dow is because the Dow Jones is where you can find more value-oriented stocks. Of course, value is a relative term. I mean, they may not be value stocks in an absolute sense that they’re real bargains. But they’re value relative to these hyped-up momentum stocks.”

You can also see the rotation when you compare foreign and domestic stocks. Foreign stocks substantially outperformed compared to the S&P and the Dow Jones.

The reason for that is because foreign markets have a lot more value-oriented stocks than the US. America leads the world in the over-priced momentum stocks. And so, when those stocks were in vogue and everybody was buying them the US market was the best game in town. But now that we’re rotating away from those names and people want out of momentum and into the value, they’re also getting out of the US market into foreign markets, which also means they’re getting out of dollars.”

The dollar index dropped for the second consecutive month in May. More importantly, this is the lowest monthly close for the US dollar index since 2014.

Meanwhile, gold and silver had a big month in May. Both metals were up about 7.5%. Gold had its best monthly gain since last July and closed the month above $1,900.

Peter said the most significant development in the gold market was its reaction to the hotter than expected increase in the personal consumption index. This key inflation indicator was up 3.6% in April, much higher than expected. The year-over-year core PCI was up 3.1%, the biggest rise in 29 years.

As soon as these numbers came out, traders went to their typical knee-jerk response, buying dollars and selling gold. Gold dropped some $15 initially.

Of course, this is counterintuitive. High inflation numbers mean the dollar is losing value. It would make sense to sell dollars under these conditions. And it would also make sense to hedge that inflation by buying gold. But the markets are still looking to the Fed. They expect the central bank to try to rein in inflation by tightening monetary policy and raising interest rates.

Peter said there are some indications that traders are starting to wake up to this reality. After the initial selloff Friday, traders spent the rest of the day selling dollars and buying gold. The dollar surrendered almost all its morning post-inflation news gains and gold recouped all of its losses and ended up closing up on the day.

If this is the case, we should see much bigger gains in the price of gold and silver.