Last spring, Philadelphia Mayor Jim Kenney announced a series of police reforms within the 6,500-member police department. A year later, his administration has succeeded in implementing several of those changes, while others are a work in progress. But over the last year, did those meaningful police reforms result in better public safety?

The answer is no, as Philadelphia was just ranked the highest murder rate per capita among the US’ top largest cities.

According to CBS Philly, the number of homicides across the metro stands at 314 on Thursday, up 35% from this time last year. The city has become more dangerous as gun violence is out of control. 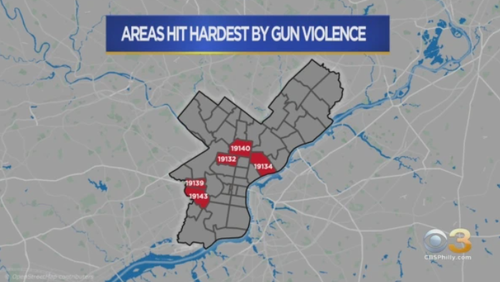 Philadelphia is on pace to have one of its most violent years on record.

Meanwhile, there are still cries from liberal lawmakers in the metro area to defund the police towards community efforts to thwart gun violence.

Kenney has said he doesn’t want to reduce the size of the police force, especially when violent crime is surging. However, he has proposed to keep police funding flat.

Overall, Democratic mayors in 20 of the nation’s 25 largest cities slashed police funding as they spent millions of tax dollars on their private security forces. Their progressive policies have primarily backfired as metro areas become more violent.

Defunding the police is flawed because it takes away from proven community policing.

Podcast king Joe Rogan recently warned the progressive campaign to defund police departments could transform parts of the US into a lawless state like Mexico.

And judging by the out-of-control homicide wave in Philadelphia, that may already be the case.